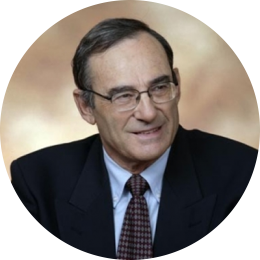 Prof. Eytan Gilboa is a renowned expert on international communication, public diplomacy and US policy in the Middle East. He is the Chair of the Israel Communication Association, the academic and professional organization of scholars serving in departments and schools of communication in all Israeli institutions of higher education.

He was professor of political science and communication at Bar-Ilan University in Israel, founded the School of Communication and the Center for International Communication, and served as the first director of both.

Prof. Gilboa received his MA and PhD in Government from Harvard University, and a BA in Political Science and International Relations from the Hebrew University. He has published numerous books, articles and book chapters. His most recent book is US-Israel Relations in a New Era: Issues and Challenges after 9/11 (Routledge, 2009). He has won numerous international fellowships and awards. He has taught at the Hebrew University and has been a visiting professor in leading American and European universities including Harvard, UCLA, Georgetown, Tufts, American University in Washington DC, USC, and the University of Hamburg. He has also been a senior research fellow at the Rand Corporation, the Center for International and Strategic Studies in Washington DC, the Shorenstein Center on the Press, Politics and Public Policy at Harvard University, and the USC Center on Public Diplomacy.

He was a consultant to the Prime Minister’s Office and the Ministries of Defense and Foreign Affairs, Academic Director of International Studies at the National Defense College, and Chair of the Foreign Service Selection Committee.

Prof. Gilboa contributes op-ed articles to Israeli and international newspapers, and serves as a commentator on both television and radio networks.