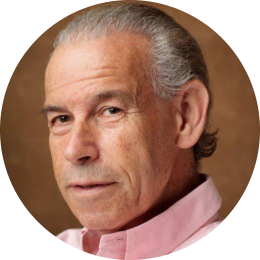 Born in Israel in 1945, served in the Israeli army, completed his studies in psychology, sociology and communications at Tel Aviv University.  During his university years, he was active in student organizations, edited the student paper, and served on the staff of the Yedioth Achronot newspaper.

Theumim was active in the Boys & Girls Scouts movement for years.  And in 1969-1973 he was sent to coordinate the activities of the Young Judea youth movement on the U.S. West Coast.  From 1973 to 1985 he served on the Scouts' national leadership.

While in the U.S., Theumim studied business administration and completed his M.A. degree in psychology.

In 1979 he established Gitam together with Yochanan Goldberg.  The company became a leading advertising agency, and in 1994 it became the first advertising agency whose stocks were purchased by an international advertising agency.  Today, BBDO holds 49% of Gitam stock (the remainder is held by the founders).  In 1998, he founded Gitam Porter Novelli, the first PR firm in Israel partnered by an international agency.  And in 2009, he founded BBDO IM – a distinctive advisory and strategy company, which numbers leading businesses and organizations among its clients.

During the years that he has headed Gitam, Theumim has served as personal consultant to a great number of Israel's foremost public figures, businessmen and politicians, including Prime Ministers and Presidents.

In 1997, Theumim purchased the soccer club Hapoel Tel Aviv, together with his friends Sami Sagol and Motti Orenstein, and succeeded in turning Hapoel into a leading Israeli soccer club.  They also established Mifalot for Sport, Education and Peace – a program that uses soccer as a tool for social leadership.  The framework serves Jewish children (mostly the newer immigrants, such as the Ethiopians), as well as Arabs, Druze, etc.  The program operates over 300 schools in socially weak places, and more than 100,000 children take part; it provides for children with special needs, for wards of the state living in boarding schools, etc.  These schools employ psychologists and social counselors, and they hire private tutors for the children. The program has received international recognition and prizes in many forums.

For the above activities, Moshe Theumim was inducted into the Jewish Sport's Hall of Fame and was awarded a medal for his life's work in 2010.  In 2011 he was named by Schwab foundation (founded by the World Economic Forum in Davos) "Social Innovator of the Year."

In May 2006, Tel Aviv University and his friends dedicated a chair for communications studies in Theumim's name, in appreciation of his contribution to the Israeli communications market.

Moshe Theumim continues to serve in the army reserves to this day and is active in many social organizations.  He is a member of the managing committee of the Peres Center for Peace, the management of Yad Ben Gurion, organizations working for equality for the Ethiopian immigrants, and a member of the Jewish Agency's Board of Governors.
Moshe Theumim lives in Ramat Hasharon, is married to Irit, and has three daughters and seven grandchildren