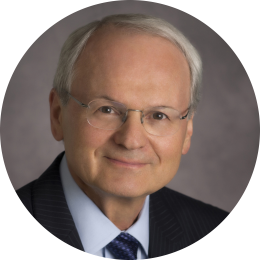 Morton A. Klein is National President of the Zionist Organization of America (ZOA), the oldest pro-Israel group in the U.S., founded in 1897. He is a member of the National Council of AIPAC. Mr. Klein is widely regarded as one of the leading Jewish activists in the United States.

The US Department of State has awarded Klein a “Certificate of Appreciation” “in recognition of outstanding contributions to national and international affairs,” after he delivered a major address there. He is a member of the International Board of Governors of the College of Judea and Samaria in Ariel, Israel.

He is an economist who served in the Nixon, Ford, and Carter Administrations. He has served as a biostatistician at UCLA School of Public Health and the Linus Pauling Institute of Science and Medicine in Palo Alto, California. He has been a lecturer in mathematics and statistics at Temple University.

His successful campaigns against anti-Israel bias in leading textbooks, travel guides, universities, churches, and the media, as well as his work on Capitol Hill, were the subject of 30 feature stories both here and in Israel. His scientific research on nutrition and heart disease was cited by Discover Magazine as one of the Top 50 Scientific Studies of 1992. He has been invited to testify before the US Congress, Including the US House International Relations Committee, and the Israeli Knesset.

He traveled to Germany and persuaded the publishers of Baedeker’s, the world’s leading travel guide, to correct the many anti-Israel errors in its guides to Israel and Jerusalem. He launched a campaign to correct dozens of anti-Israel errors in D.C. Heath’s “The Enduring Vision,” the most widely used American high school and college history textbook.

More than 300 of his articles and letters have been published in newspapers, magazines, and scientific journals around the world. Klein has appeared on TV and radio. Lines from his speeches appear in the respected volume entitled “Great Jewish Quotations,” He is on the speaker’s bureau of UJC, and Israel Bonds.