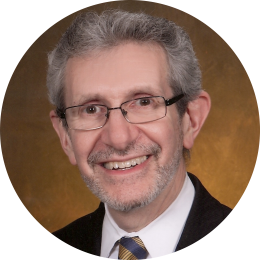 During Mr. Miller's tenure, the JCRC has become widely recognized as the go-to strategic bridge builder in New York, as it strengthens relations internal to the Jewish community and with the broad array of local ethnic, racial and religious groups in the area. Indeed, the professional and personal relationships he has forged with major figures in America and Israel, engendered respect for the JCRC as an organization dedicated to outreach efforts while protecting and defending Jewish rights and interests. He began his career in Jewish communal service in 1976 as a U. S. Army Chaplain in Fort Knox, KY and was awarded the coveted Army Commendation Medal. He served as the spiritual leader of a congregation in Springfield, MA, and years later, he volunteered after the September 11th disaster and was certified as an American Red Cross Chaplain. Mr. Miller is an honors graduate of Yeshiva University, where he earned a Bachelor’s and Master's Degree in Jewish history, as well as his ordination. He has addressed audiences around the world on a range of local, national and international issues, and is the recipient of awards.