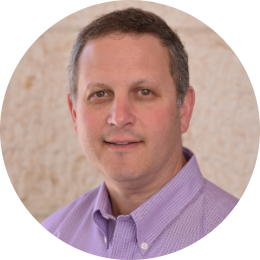 Michael Balaban is the President and Chief Executive Officer of the Jewish Federation of Broward County. While new to Broward (started January 2016) his non-profit management experience spans more than 28 years. Previously Michael served as the Chief Development Officer for the Atlanta Jewish Federation and before that as Director of Development for Penn Medicine at the University of Pennsylvania. Michael has extensive experience as a development consultant with clients that included the National Park Service, Treatment Research Institute, Girl Scouts of America, Charles E. Smith Day School, Touro Synagogue, Gratz College, and the National Trust for Historic Preservation.

Michael received a FEREP Fellowship in 1992 and graduated with a Master’s in Public Administration from University of Southern California and a Masters in Jewish Communal Service from Hebrew Union College. Michael is an alumnus of the inaugural class of JFNA’s Fundraising University.  Michael is married to Lynne Zeiger Balaban, who is also a Jewish communal professional. They have three children, Jacob, Naomi, and Shayna. In his off hours, Michael and his son are volunteer firefighters.