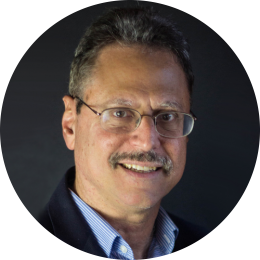 Pastor Bramnick worked with the Republican Platform Committee to establish the 2016 Republican platform language with a number of significant changes strengthening the Israel platform by reinstating a reference to a United Jerusalem as the eternal capital of the nation of Israel.

Pastor Bramnick addressed the United Nations as the keynote speaker on Global Anti-Semitism: A Threat to International Peace and Security. HILC has co-sponsored an event at the UN on the Persecution of Christians in the Middle East, where Pastor Bramnick was a featured speaker. He recently launched a show on TBN Salsa Channel – Israel God’s Glory.

Pastor Bramnick has also hosted an historic Pastor/Rabbi Symposium on the Holy Spirit in the Old Testament with approximately 200 people in attendance. He has received the Tikvah L’Olam Award from Bnai Zion Foundation, and an Outstanding Achievement Award from the Consulate General of Israel to Florida and Puerto Rico.