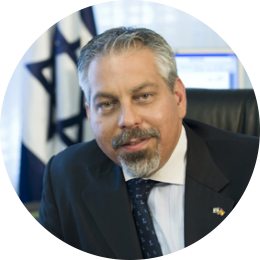 Mr. Lior Haiat assumed the post of Consul General to Alabama, Mississippi, Florida, and Puerto Rico in February 2016. He comes to Miami with a wealth of experience in Hispanic, cultural and media affairs.

Additionally, Mr. Haiat served as a Captain and Artillery Coordinator in the infantry unit with the Israeli Defense Forces.Mr. Haiat has a Master’s degree in Public Policy from Hebrew University and his Bachelor’s degree in Economics and Communications from Tel Aviv University. Mr. Haiat was born and raised in Petah Tikva, Israel and is married to Hani with three children. Mr. Haiat speaks Hebrew, Spanish, Portuguese, and English.