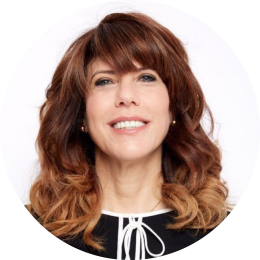 She is the wife of Silvan Shalom, a minister in the current Israeli administration and a member of the Israeli parliament for the past 20 years.

Raised by Paula and Noah Mozes, publishers of Yedioth Ahronoth newspaper, she holds a minor share of the family business, the largest media group in Israel. Shalom-Nir-Mozes has written in the weekend addition of Yedioth Ahronoth for many years, and had been hosting TV shows on the most popular TV channel in Israel. In addition, for more than 15 years, she has been hosting a weekly radio show, on a national radio station. Throughout her public career, Shalom-Nir-Mozes has filled many public and charity oriented positions. Two dominant ones are as the head of ‘Al-Sam’ organization which fights drug addictions among teenagers, and her current position as the co-head of ‘HOM’ charity organization for children in need.

Shalom-Nir-Mozes is a mother of 5, and the widow of Amiram Nir, a military man, journalist, advisor to the Prime Minister for international terrorism and one of the people involved in "Irangate" (the Iran-Contra affair), a political scandal in the United States that occurred during the second term of the Reagan Administration regarding the sale of arms to Iran.

She has a major impact upon Israeli culture and society, and is well known for her direct and very personal perspective.