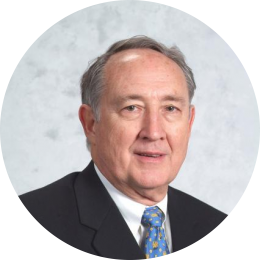 Secretary of State of Maryland

John C. Wobensmith was appointed as the Secretary of State by Governor Hogan in January 2015 and confirmed by the Maryland State Senate in February 2015. A retired Senior Cryptologic Executive Service (SCES) IV, Secretary Wobensmith has over 45 years of experience in the national security field. He began his career at the National Security Agency from 1967 to 1993 with various critical assignments and served three different tours at the White House. From 1993 to 1997, he was the senior U.S. Department of Defense representative in Turkey. Secretary Wobensmith has also served as a Senior Advisor and Vice President for Development of the American Foreign Policy Council (2005-08), Vice President for External Affairs and Lecturer in Intelligence for the Institute of World Politics (1999-05), and Vice President for International Marketing for Sensys Technologies, Inc. (1997-98).

In addition, Secretary Wobensmith has served on numerous Maryland boards and commissions including: President, Board of Education, Anne Arundel County, 1983-87 (member, 1978-87); Member, Board of Trustees of the State Universities and Colleges, 1987-88; Governor's Advisory Board for Justice Assistance, 1987-91. Secretary Wobensmith received a Bachelor of Arts in English from the University of Pennsylvania, served in the U.S Navy, and is a graduate of the National War College. He is a recipient of the National Intelligence Distinguished Service Medal, the Secretary of Defense Meritorious Civilian Service Award, and the National Security Agency Meritorious Civilian Service Award. In 2016, he was awarded the prestigious Ellis Island Medal of honor by the National Ethnic Coalition of Organizations (NECO).