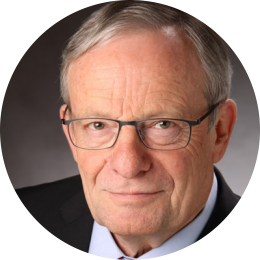 Izzy Tapoohi is a chartered accountant and business executive who graduated from the University of Melbourne with a degree in business administration accounting and economics. Tapoohi has served as president & CEO of Development Corporation for Israel/Israel Bonds since October 2011. To date, he has led the organization to more than $4 billion in U.S. sales, including three consecutive years of domestic sales exceeding $1 billion (2013-2015). Prior to his appointment, U.S. sales of Israel bonds had been in the $600 million range.  The first Bonds president & CEO to come from Israel’s private sector, Tapoohi has been a leading executive for Israel’s most prominent companies. Previous positions have included executive chairman of the board of Bezeq; chairman of the board of Africa-Israel Investments, Ltd.; and chairman of the Strauss Group, Ltd. audit committee, for which he was closely involved in the company’s merger with Elite. He also served as chairman of the audit committee for Harel Insurance Investments, Ltd; Menora Mivtachim Holdings Ltd.; and ShikunVeBinui Holdings, Ltd.

Additionally, Tapoohi was a member of the Council and Advisory Committee of the Bank of Israel and the Committee of the Association of Publicly Listed Companies on the Tel Aviv Stock Exchange. Tapoohi volunteered as Prime Minister Netanyahu’s liaison to foreign investors and coordinated an economic think tank (1996-1999). In 2009, again on a voluntary basis, he served on Prime Minister Netanyahu’s “100 Days Team,” developing economic policies. Tapoohi was part of a forum advising the finance minister on macroeconomic policy (2009-2011). He also founded and served as CEO of InQSOFT, Ltd., a company that evaluated early-stage start-ups and provided recommendations to top-level international investors.