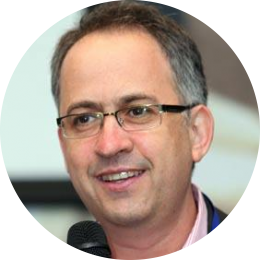 Clinical Associate Professor of Strategic Management, The University of Chicago Booth School of Business. Founder of The Marker Magazine

For the last 28 years, Guy Rolnik has lived and worked in the intersection of business, finance, regulation, politics, and the media. First, as a financial journalist and editor, later as a business entrepreneur and founder of a media company, and in the last decade as a policy entrepreneur—using media as a tool for driving structural reforms in the economy. Rolnik’s work as a founder and chief editor of a leading business newspaper and columnist influenced in a dramatic way the ideas, norms, and values in Israeli political economy and brought about significant changes in regulatory policies and legislation.

In 2014-2015, Rolnik won two grants from the SNI research Institute in the Israeli Institute of Technology (Technion Research University) for conducting research on “Regulatory Capture” and specifically the interaction between media, the business sector, and regulatory policy. The research was done in his fellowship in the Advanced Leadership Initiative at Harvard Business School together with Dr. Roy Shapira from Harvard Law School. Rolnik earned a BA in Economics from Tel Aviv University, a Kellogg-Recanati International MBA from the EMBA program at Northwestern University, Chicago, and Tel Aviv University, and an AMP165 from the advanced management program at Harvard Business School. Previously, Rolnik has taught courses in two leading MBA and entrepreneurship programs in Israel—the entrepreneurship MBA program at Tel Aviv University and the MBA program at IDC College.