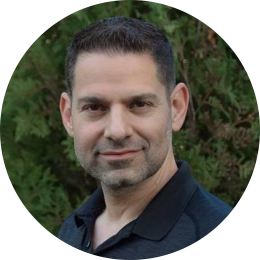 Gil Zimmermann leads cloud security go to market, innovation, market expansion strategy and execution for Cisco’s $3B Security business. Before Cisco, Gil was the CEO and co-founder of CloudLock (#3 Best Place to Work in the US in 2016), which he grew into a cybersecurity market leader, resulting in a $300M+ acquisition by Cisco in 2016. Gil has held key positions at global industry disrupters like EMC and Sun Microsystems.

Gil was the 2015 EY Entrepreneur of The Year for New England, is a frequent lecturer at local universities like Harvard Business School, MIT, Northeastern, and a speaker at key industry events related to entrepreneurship, cloud, and cybersecurity. Gil has an MBA from Northeastern University, and BA in Computer Science & Philosophy from Tel Aviv University. Gil is a graduate of IDF’s MAMRAM program, and began his career in the Military Intelligence of the Israeli Defense Forces. Gil has a passion for entrepreneurship and is an investor and advisor for several early and medium stage companies pioneering new approaches to the challenges people and organizations face today. Gil was a founding member of the local branch of Tech Aviv, the largest organization of Israeli Founders and entrepreneurs, with over 3,000 members globally and over 300 in Boston.