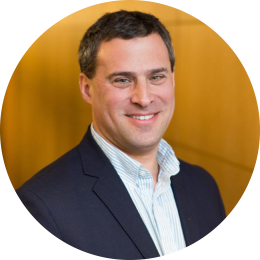 Gil Preuss is the Chief Executive Officer (CEO) of The Jewish Federation of Greater Washington. Preuss comes to the federation from Boston, where he has held the position of Executive Vice President at Combined Jewish Philanthropies (CJP) of Greater Boston for the last seven years.

Prior to CJP, Preuss worked at The Jewish Community Federation of Cleveland, where he supervised agency allocations. Before moving to work at the Cleveland Federation, he was an Assistant Professor at the Weatherhead School of Management, Case Western Reserve University, where he taught courses on Organizational Behavior and Human Resource Practices in Non-Profits. Preuss received a B.S. from the University of Michigan, an M.S. from Cornell University and a Ph.D. from the Sloan School of Management, Massachusetts Institute of Technology.