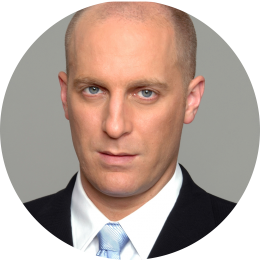 President and Founder of Reut Institute

Grinstein is the founder and president of The Reut Institute, a Tel Aviv based non-profit and non-partisan institution, described by Tom Friedman of the New York Times as, “Israel's premier strategy group."

Before founding Reut, Grinstein served as Secretary and Coordinator of the Israeli negotiation team on the Permanent Status Agreement between Israel and the Palestine Liberation Organization in the Office, and later in the Bureau, of Prime Minister Ehud Barak ('99–'01).

Some of Grinstein's chief achievements over the last 15 years include forming and training a cadre of leaders, designing the Birthright Israel program ('95-'99), and contributing to the reform of Israel's electoral system. Grinstein is a graduate of Tel-Aviv University in Economics ('91) and Law ('99) and of Harvard University's John F. Kennedy School of Government as a Wexner Israel Fellow ('02).

He is a Captain (Res.) in the Israeli Navy and a former volunteer police officer. In 2013, Grinstein published his first book, “Flexigidity: The Secret of Jewish Adaptability & Challenge and Opportunity Facing Israel."