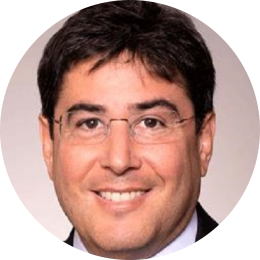 Eric is a longtime active member in the Jewish community and served in a number of senior lay positions before being appointed UJA-Federation’s CEO in 2014. Before joining UJA, Eric was a leading partner at Paul, Weiss, Rifkind, Wharton & Garrison LLP.Eric has served as vice chair of UJA’s board, has been a member of UJA’s Executive Committee, and served as chair of the Lawyers Division, the Commission on Jewish Identity and Renewal, and the Global Strategy Task Force.