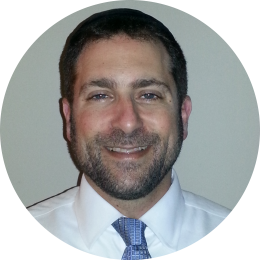 Elliot Mathias is the Founder and Executive Director of Hasbara Fellowships, a leading pro-Israel campus advocacy organization working with over 80 Universities across North America.

Elliot founded Hasbara Fellowships in 2001 as a partnership between the Foreign Ministry of Israel and Aish HaTorah.  Hasbara Fellowships trains and supports students on Universities to defend and promote Israel, providing them with information, tools, materials and motivation to stand up to the wide range of anti-Israel propaganda prevalent on University campuses.   Since 2001, Hasbara has trained over 3,000 students on their flagship Israel Advocacy Training Program in Israel.

Elliot frequently speaks both on and off campus about topics relating to Israel, Israel advocacy and Jewish education.  He also writes often for various publications including the Times of Israel and a regular column in the New Jersey Jewish News.

Elliot graduated from Northwestern University in 1997 with a degree in Communications and received his Rabbinical ordination from Yeshiva Aish HaTorah in Jerusalem in 2007.

He lives in Livingston, New Jersey with his wife and 5 children.