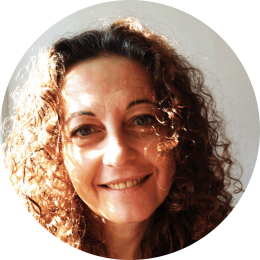 Vered was born in Tel Aviv. She wrote her Ph.D. in philosophy of mind at Tel Aviv University and lectured in Tel-Aviv University and Haifa University. After moving with her family to Budapest in 2005, Vered worked as a supervisor of the Hebrew teaching at the Jewish Agency’s ulpan. She was the director of the Israeli Cultural Institute in Budapest (ICI) between the years 2011-2018. Vered is a co-chair of the Global Israeli Leadership (GIL).

The ICI, a joint initiative of the Jewish Agency and Israeli and Hungarian donors, offers a rich variety of Israeli cultural programs to a wide range of audiences. It aims to introduce and promote the versatility of Israeli culture in Hungary, to foster engagement in Israeli and Jewish life among the Jewish community in Budapest, and to provide Hebrew education and cultural programs to the Israeli community in Budapest.

The GIL aims to provide a platform for Israelis living abroad which would enable them to connect, share and work together to promote their special interests: building and fostering community life among Israelis around the world; strengthening Israeli and Jewish Identity among the future generations, especially through Hebrew education; voicing the significance of the Israeli diaspora as a strategic asset to the State of Israel – a potential bridge to local communities, Jewish and non-Jewish; lobbying for the establishment of the relationship between Israel and the Israeli living abroad.