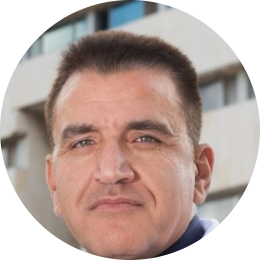 Salman Zarka was born in 1964 in Peki'in to a large Druze family. In 1982 he began his studies at the School of Medicine in Technion, Haifa, as part of Academic Reserve military program (Atuda).

Prior to his position at Ziv, Dr. Zarka served as a Colonel in the I.D.F. for 25 years in a variety of positions, the last of which was commander of the Military Health Services Department. Previous to this position, Dr. Zarka was the Head of the Medical Corps of the Northern Command and the Commander of the Military Field Hospital for the Syrian casualties in the Golan Heights.