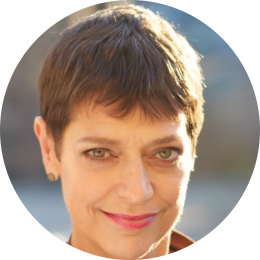 Dr. Idit Harel is a pioneer in using new-media technology for cultivating creative learning, innovation, and globalization through constructionist learning theory. An Israeli-American entrepreneur, she founded the World Wide Workshop in 2004 to leverage her award-winning research, business acumen, and education leadership in spreading innovative digital learning projects for benefiting youth and communities around the world. Most recently, the Workshop spun-out Globaloria as an independent company to scale its impact globally, through providing STEM, computing and game-making courses to schools worldwide and preparing youth for the global knowledge economy.

Throughout 1980-1990, Idit conducted breakthrough research at the MIT Media Lab that led to publishing the book Constructionism with Seymour Papert. Her book Children Designers received the 1991 Outstanding Book Award by the American Education Research Association (AERA). In 1995, at the birth of the Internet, she left MIT to launch MaMaMedia.com, ConnectedFamily.com, and Papert.org. Pioneering creative Internet media for kids, MaMaMedia established global distribution and advertising partnerships, and won numerous honors, including: the Computerworld-Smithsonian Award (1999), the Internet industry’s coveted Global Information Infrastructure Award (1999), and the 21st-Century Achievement Award from the Computerworld Honors Program (2002). In 2002, she was honored by the Network of Educators in Science and Technology and MIT “for devotion, innovation, and imagination in science and technology on behalf of children and youth around the world.” In 2006, a suite of MaMaMedia activities were selected for One Laptop Per Child (OLPC) to be used worldwide by thousands of kids in developing nations. Idit was named the 2010 Recipient of the Jessie McCanse Award for Individual Contribution to Media Literacy by the National Telemedia Council, and was named an Education Innovation Disruptor Fellow by the Tribeca Film Institute.