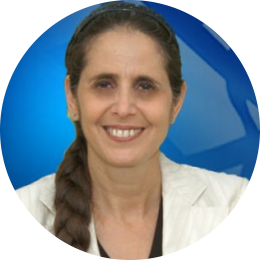 Dr. Anat Berko is a world-renowned expert on terrorism whose research focuses on suicide bombers and their handlers. She conducted research for Israel’s counterterrorism team and Israel’s National Security Council, and has served as an advisor to senior government officials. She was a visiting professor at George Washington University and a research fellow at the International Institute for Counterterrorism at the Interdisciplinary Center in Herzliyya. She also lectured at the IDC’s Lauder School of Government, Diplomacy and Security, and on counter-terrorism for NATO and before the Congress, the State Department, the FBI and the U.S. armed forces, and many universities throughout the United States and abroad. She was a lecturer at Israel’s National Defense College and the coordinator of its counter-terrorism program.

A sought-after commentator, Dr. Berko appears frequently in the international media to provide professional insight after terrorist attacks throughout the world. After a distinguished 25-year career in the military, where she achieved the rank of lieutenant colonel, Dr. Berko retired from the Israel Defense Forces in 2003. She holds a PhD in criminology from Bar-Ilan University and is the author of two books: The Path to Paradise: The Inner World of Suicide Bombers and Their Dispatchers, and The Smarter Bomb: Women and Children as Suicide Bombers.

Dr. Berko accepted Israeli Prime Minister Benyamin Netanyahu's offer to join the Likud list for the 20th Knesset and was elected in March 2015. She is a member of the Security and Foreign Affairs committee and the head of the sub-committee of Cyber Affairs. She is also head of the Israel-Canada Inter-Parliamentary Friendship Group and of the Israeli mission to the Organization for Security and Cooperation in Europe (OSCE). As one of the heads of the parliamentary lobby for fighting de-legitimization of Israel, MK Berko meets with many international delegations for Israel's public diplomacy.