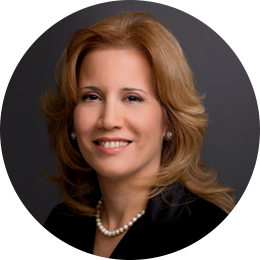 Dr. Aliza Lavie serves as a Member of Parliament (MP) for the Yesh Atid party in the 20th Knesset and also served in the 19th Knesset. Dr. Lavie also serves as a senior lecturer at the School of Communication at Bar-Ilan University in Israel, and is one of the leading academics in Israel within the Jewish cultural sphere. She is also a writer, publicist, media personality, and social activist. Her areas of research include communications, multi-culturalism in Israel, and the role of women in Judaism.

Dr. Lavie served as a social worker in the IDF, and received her BA (1888), MA (1997), and PhD (2002) from Bar-Ilan University. She currently teaches courses at Bar Ilan titled Gender and Mass Communication, Radio as a Social Instrument, Media and Religion, and Advertising Products as Cultural Space. Dr. Lavie’s public activity began when she was advisor to Shaul Yahalom, political secretary of the Mafdal party. Since then, she has worked on issues concerning sexual harassment, treatment and rehabilitation for youth in drug-related or spiritual crisis, and conversion and marriage.