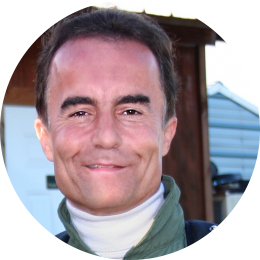 Bernd Wollschlaeger, MD,FAAFP,FASAM  is a board-certified family physician in private practice (Aventura,FL). He received his medical education in Germany and Israel and completed his residency training at Jackson Memorial Hospital, Miami, FL.

He received additional training in addiction medicine and is a Fellow of the American Society of Addiction Medicine.

In 2012 he received the FAFP Family Physician of the Year Award and he is also the recipient of the 2014 German American Business Chamber Award of Excellence.

He is a member of the American Jewish Committee  Greater Miami and Broward chapter and was the Chair of the Project Interchange an educational institute of AJC. It brings opinion leaders and policy makers to Israel for a week of intensive travel and learning. Participants experience Israeli society, connect with their Israeli counterparts and learn about Israel’s extensive contributions in their fields.

Dr. Wollschlaeger is also a book author, and his book “A German Life: Against All Odds Change is Possible” describes his struggle growing up in Germany in the shadow of his Father, a highly-decorated WWII tank commander, and Nazi officer. He eventually converted to Judaism, emigrated to Israel and served in the Israel Defense Forces as a Medical Officer.  In  Summer 2018 he will release his novel “Samson's Shadow” and  his book “Stauffenberg: My Live in the Shadow of a Hero.”  He also actively participated in the documentary “The Ghosts of the Third Reich” which was aired in the US, Europe, Brazil, and China. In addition, he is producing a documentary titled “ Elias' Dream: A Man's Journey Towards Peace”  highlighting the issue of Jewish – Arab Coexistence in Israel.