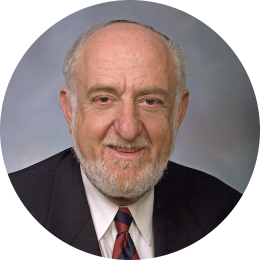 President Emeritus of Hillel – The Foundation for Jewish Campus Life

Avraham Infeld, is the President Emeritus of Hillel – the Foundation for Jewish Campus life. He also serves today as a consultant on Tikkun Olam to the Reut Institute, and is a member of the Faculty of the Mandel Institute. In May 2012, Avraham was elected Chairman of the Board of the Hillels of Israel. In 1970, Avraham founded Melitz, a non-profit educational service institution that fosters Jewish identity. He also served as chairman of Arevim; founding chairman of the San Francisco Federation’s Amuta in Israel; and chairman of the Board of Israel Experience, Ltd.

Avraham was also Director General of both Gesher Educational Affiliates, the Shalom Hartman Institute and served a three-year tour of duty in London as Director of the Jewish Agency’s Youth Department for English speaking Europe. Avraham was Birthright’s first International Director, and led the Planning Process which created one of the most successful and formative educational programs in the Jewish world. He is a graduate of the Hebrew University in Bible and Jewish History, and of Tel Aviv University’s Law School.  In 2005, he was awarded the Hebrew University of Jerusalem’s prestigious Samuel Rothberg Prize for Jewish Education. He was awarded honorary doctorates by Muhlenberg College and from Hebrew Union College for his contribution to the field of education.