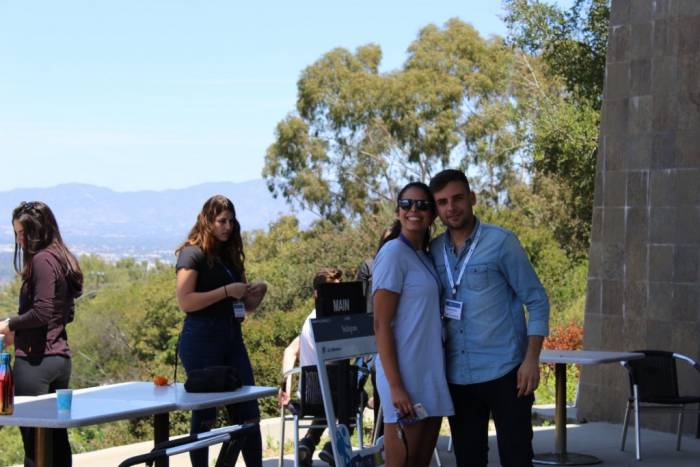 For full The  Blogs, Times of Israel interview: https://blogs.timesofisrael.com/bridging-the-divide-part-ii/

I was a very anxious child. Maybe it had something to do with my Jewish neuroticism, or maybe it had something to do with the stark cultural differences between my predominantly American day school in Los Angeles and my very Israeli home environment. I was then, and continue to be, Israeli to my American peers, and American to my Israeli family. In retrospect, one of my most pressing anxieties stemmed from my mother’s suggestions that we move back to Israel. When I was 10, that suggestion became reality, and I was whisked away from my American school — to a strikingly similar American school in Israel.

Due to my introverted nature, my parents expressed concern that I would be “eaten alive” by the Israeli kids. When I began my service in the IDF, I learned that they were not wrong. Throughout high school, I was very active in our Model United Nations club, which taught me the importance of civil discussion. My fellow soldiers in basic training had not had the same lesson. My (metaphorical) slap in the face came when, during an argument with another girl, I kept attempting to make my point, even as she continued to yell obscenities over me. You would think, having grown up in an Israeli family, this type of confrontation wouldn’t faze me. However, my peers had always been American and international students, so experiencing this kind of behavior within my own age group was totally new territory.

To make a long story short, that culture shock of a month of basic training flipped my patently American manners and personality traits upside down. By the end of the month, when a girl threatened to punch me during an argument, I told her to “come and get it!” For better or worse, I had resolved to be Israeli, and attempted to stifle my American-ness.

In November 2015, I finished my service in the International Cooperation Unit. After experiencing sirens and gunfire on the Syrian border I felt, for lack of a better term, wasachit, and fearless about what awaited me at university in the US. Fearless, that is, except for the persistent little voice in my head that reminded me of the three-year age difference between my new peers and me, which would be further exacerbated by my experiences. Despite my attempts to mentally prepare for the adjustment, I was once again dealt a blow when the culture shock hit.

My bluntness clashed with less direct communication approaches, like when a roommate left notes asking “everyone” (a.k.a. me) to do their dishes, rather than directly addressing me. I suddenly felt obnoxious, rather than just opinionated, when I was the only one in lecture halls to engage with a professor’s questions and opinions. In Israel, I had always made social plans the day before at the earliest; here, I had to plan things far in advance, only to see them fall apart at the last minute. Most of all, I missed being able to argue with friends, without risking our friendship.

My identity was suddenly up for grabs. I felt more Israeli than ever in a university system that employs professors who use the words “colonial apartheid” when describing Israel. I suddenly experienced a different kind of hesitation when asked what my origins were— not based on an uncertainty about my identity, but rather out of fear of the reaction I would face when announcing it. At the same time, I recognized that certain “American” traits were a part of me: politeness; an ingrained belief in the American dream; and a deep love for this country and a desire to make it a better one.

It was my good fortune that one day the Israel fellow on campus sat me down and asked if I would help plan a “Mishelanu” event. Mishelanu is a program operated through the Israeli American Council, which aims to provide a home for Israeli-American students, as well as develop their love and understanding of their unique Israeli and Jewish heritage 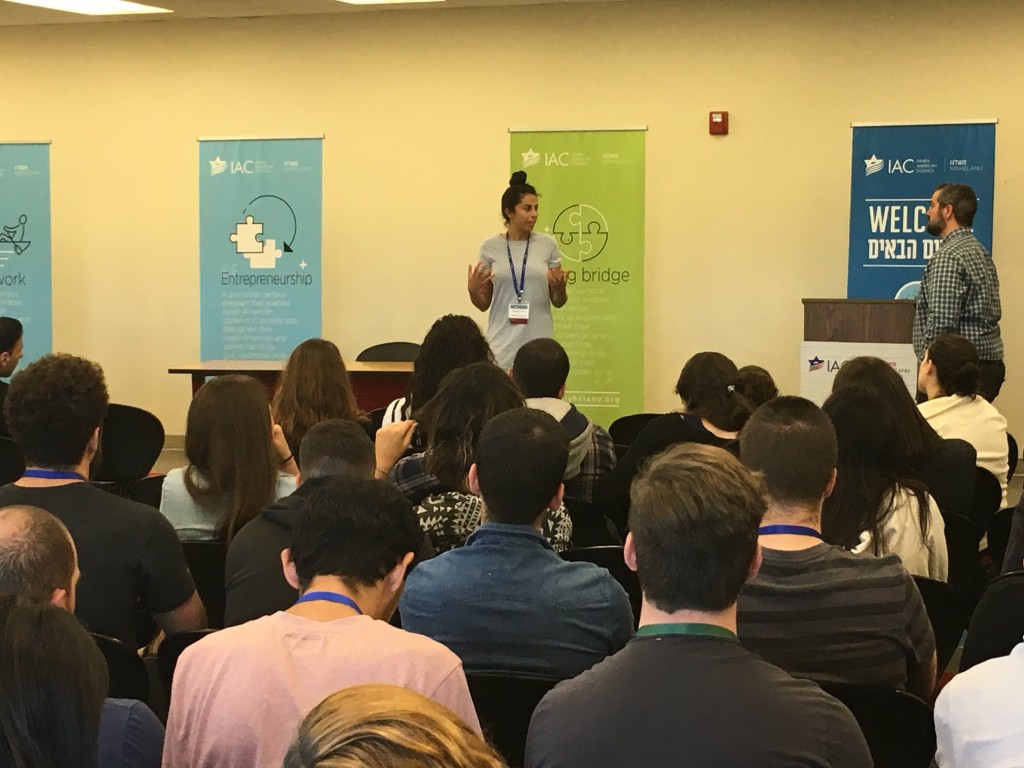 With over 1000 students on 100 campuses, Mishelanu was a reminder that I wasn’t alone in experiencing the contradictions and confusing notions of being Israeli-American. When I started Mishelanu last year, I invited the fifteen Israeli-Americans I knew to our first event; our chapter now has about 40 members.

So yes, I still cringe when my roommate writes me a note asking me to take out the trash. And yes, I still have to watch my mouth in classroom and personal discussion. But I’ve found a purpose that is greater than me: making Israel accessible beyond the confines of the conflict; instilling a love for its culture and history; and creating a space where we can be critical of our country with the knowledge that our discussion is based on a mutual desire to see it improve. I met some of the best people this country and Israel have to offer, and I’m better off for it.

Nearly 23 years later, I think I have accepted myself as what I’ve always been: Israeli-American. I’m fortunate enough to have found people to share that experience with. I found my people, and I found my new home.