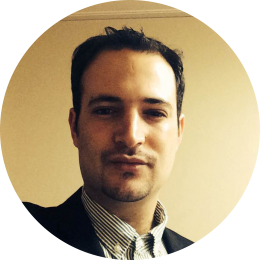 Yotam Polizer  is the Co-CEO of IsraAID – Israel’s biggest humanitarian NGO currently active in 18 countries including the recent disasters in Houston, Puerto Rico, Dominica, Mexico and California.
Following the September 2015 refugee crisis in Europe, he led IsraAID’s humanitarian mission in Lesbos, Greece, to support Syrian refugees on the island and also established IsraAID Germany, which provides long-term support for Yazidi and Syrian refugees in Germany. His presentation will draw from these experiences.

During the last four years, Polizer has also built and led psycho-education programs in Japan after the 2011 earthquake and tsunami, in the Philippines after Typhoon Haiyan in 2013, and in South Korea to support the reintegration of North Korean defectors. He has also led missions in Nepal following the 2015 Gorkha Earthquake and in Sierra Leone for Ebola survivors, health workers, and affected communities. He has more than 10 years’ experience in education, humanitarian aid, and international development.