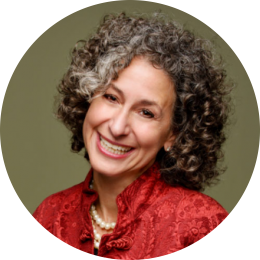 Susan Kramer recently joined the JWRP as director of external relations after volunteering with the organization for more than seven years. In her new role as director of external relations, Susan is creating an infrastructure that will enable the JWRP to expand with respect to participants, partner organizations and funders. As a member of the JWRP’s executive leadership team, Susan is building on the organization’s foundation to implement global strategies that will help move the JWRP into its next phase of growth.

Prior to joining the JWRP team, Susan held a number of senior philanthropic and Jewish communal positions. For two and half years, Susan was president/CEO of the Jewish Federation of Greater Dallas and successfully led the organization into its second century. Among other successful accomplishments, Susan also launched and rebuilt the Jewish Women's Philanthropy Center, re-engaged and re-imagined Dallas' relationship with its partner region, the Western Galilee, and completed one of the largest Jewish Community Needs Assessment and Community Scans in the country. Susan was a diligent proponent of change at the Federation, implementing the “Kramer Institute,” a weekly course in which staff professionals are trained in leadership skills and donor development.

Returning to her familiar roots, Susan followed her “calling” at JEWISHcolorado (formerly known as Allied Jewish Federation of Colorado), resuming an expanded and redefined role as the chief development officer in the organization in which Susan built her career.

Susan is teaching fundraising in the masters of nonprofit management department. Her students benefit from her years of experience and passion for the industry. A sought-after speaker for community events, celebrations and dedications, Susan also is a mentor and coach for fundraising professionals across the country.

Susan holds a Bachelor of Science in psychology from the University of Maryland and a master’s in nonprofit management from Regis University. She also is a graduate of Denver University’s Certification for Jewish Communal Professionals.