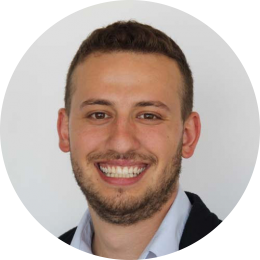 Ron, the son of two Israelis, is a first generation American and a fluent Hebrew Speaker. Originally from Florida, he attended Florida State University for a Bachelors Degree in Political Science and continued on for a Masters in Public Administration and Non-Profit Management. During the two years of attaining his Masters, he worked for Hillel at FSU as their Jewish Student Life Associate. Ron has been to Israel in a number of capacities, as a Birthright Rakaz and staff, city ambassador, and children`s home volunteer. Ron was also the first director of Future Leaders for Israel, a student grassroots movement in Florida.

He is currently the chair of the Israeli American Council young professional LEAD committee BINA, which helps connect the Israeli and American community in Los Angeles through engaging and educational opportunities. He always strives to use his different leadership roles in the Jewish/Israel community to empower those around him through his passions.