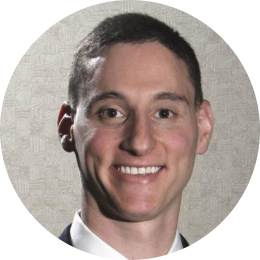 Josh Mandel is the 48th Treasurer of the State of Ohio.  He was elected in 2010 and re-elected in 2014 – winning both elections by double-digits. Josh is a Marine Corps veteran who served two tours in Iraq and previously served two terms in the Ohio House of Representatives. He was first elected State Representative in 2006 and in 2008 he was re-elected to a second term in the state legislature.

In 2014, he was the only State Treasurer in America to be recognized with the Association of Government Accountants award for “Excellence in Financial Management,” and was given the American Society for Public Administration’s “Public Integrity Award” for “outstanding contributions to responsible and ethical conduct in public service.”

More recently, he launched OhioCheckbook.com, posting Ohio’s checkbook online for the first time in Ohio history. Josh’s leadership in this area helped increase Ohio’s transparency ranking from 46th to 1st in the nation in the U.S. Public Interest Research Group’s ranking of the fifty states.

During his two terms in the state legislature, Treasurer Mandel served as the Ranking Member of the Financial Institutions, Real Estate and Securities Committee, handling issues concerning banks, investment firms and pension funds. He also participated in the reconstruction of investment oversight for the multibillion-dollar Bureau of Workers’ Compensation investment fund. Due to his leadership on these and other issues, Treasurer Mandel was named legislative “Rookie of the Year” by Columbus Monthly Magazine and “Watchdog of the Treasury” by the United Conservatives of Ohio. Josh’s previous elected experience includes service as a Lyndhurst City Councilman, where he led the fight for the first municipal property tax rollback in city history.