Back To The Fatherland at the Chicago Festival of Isareli Cinema 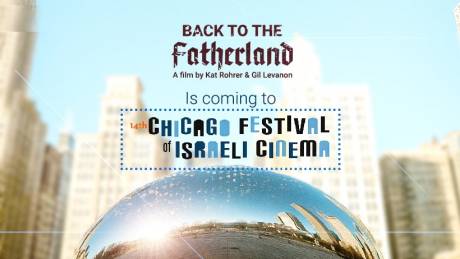 Gil and Kat, both filmmakers, struck up a friendship during their time at college in New York City ten years ago. Gil comes from Israel, Kat from Austria. Their families’ history is strikingly different. Gil is the granddaughter of a Holocaust survivor. Kat is the granddaughter of a Nazi officer. The exodus of many young secular Israelis to Germany and Austria prompt Gil and Kat to embark on a quest to find grandchildren of Holocaust survivors who had moved to Germany and Austria and learn how their grandparents, forced to flee those very same places, reacted to that decision. Could returning to the site of their pain decades ago create reconciliation between generations? Back to the Fatherland follows three families in transition; Israeli grandchildren from the “Third Generation” and their respective grandparents. The film deals with both sides of the historic tragedy and the attempt to build a new future, without ignoring the past.