“YORDIM” NO MORE: THE IAC IS THE FACE OF ISRAELI PRIDE ABROAD 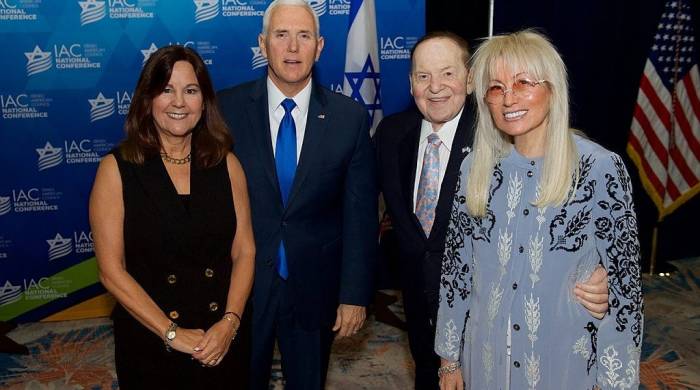 Hebrew's not short on jibes and barbs. Most of them don't bother me. But there is one that I really dislike: "Yordim".

It is a word that, over the decades, has been slapped at Israelis who, for any number of reasons, have made their lives abroad. It means “those who descend” and suggests that expatriates are, somehow, a lower class of citizen, less exalted, than those who live in Israel full-time.

I should know: There was a time when I used this word myself.

As a proud tzabareet who went on to serve as an IDF officer and to study in universities in Jerusalem and Tel Aviv, I always assumed that Israel would be my exclusive home. I was cognizant of my moral responsibility – not least, as the daughter of parents who escaped the Holocaust by making aliya - to stay in the country for good and help secure it through national service and hard work. Israel is not blessed with extensive territory, water or geopolitical stability. Its most precious resource is its dedicated and resourceful citizenry, and I had every intention of being one of these. I regarded this as the highest of privileges and could not understand why a Jew would choose to live anywhere other than Israel.

And, naturally, I looked down on those who left. I remember well the pain, anger and mystification that enveloped my family when I was just a girl in Haifa, upon learning that one of my uncles would be emigrating to the United States with his family.

As it happened, they left because one of their children had severe asthma, which Israel of the 1950s was not equipped to treat. And, indeed, I would eventually gain first-person experience of the fact that not all those who emigrate do so in search of a fabled life of ease and wealth. Many are compelled by circumstance. And many fully intend to return to Israel and, until that day comes, to stay engaged in Israeli life. 05 What changed my view was my husband, Sheldon. We met while I was on what was meant to be a temporary medical research stint in New York. We fell in love. My life became his, and his became mine.

Sheldon introduced me to an array of Jewish American organizations whose dedication to Israel – in terms of fundraising and political lobbying - impressed and moved me. Even at a far physical remove from Zion, Jews could be partners in the Zionist dream, I realized.

On marrying Sheldon, I became a naturalized American, as well as a native-born Israeli. All of our children would be dual nationals, too. And we, like virtually all Israeli-Americans, see no contradiction at all in that identity. Quite the opposite - we see ourselves as ambassadors of two great countries and embodiments of their magnificent, and eternal alliance.

Unlike some Diaspora Jews, Israeli expatriates tend to be unswerving in their support for Israel. They understand, deep in their bones, Israel's existential problems. They know that the enmity facing Israel today is a new form of anti-Semitism, a virulent evolution of the murderous hatred that Jews faced in the Holocaust and during earlier centuries of persecution in the Diaspora. For them, being loyal Zionists transcends differences between right- and left-wing, liberal and conservative.

Sheldon and I noticed this early on in our own relationship. And we were distressed by the sense that, in the United States, many Israelis were being lost to assimilation, their political and cultural energies untapped. Those who were willing to embrace religion had options like Chabad to keep them engaged to Israel and tradition. But those who were more secular often had to fend for themselves.

Then, in 2007, Sheldon and I found inspiration in the Israeli Leadership Council, a group formed by Israeli expatriates in Los Angeles who were prominent members of the American business community. They were despondent over the relatively low turnout at a pro-Israel demonstration in the city the summer before, during the Second Lebanon War, and were also worried about the next generation's waning connection to Jewish identity and Israel. 06 The ILC was determined to do more to turn the around 200,000 Israelis then living in Southern California into a supporter base that could be a strong pro-Israel force.

Sheldon and I saw the ILC's potential to go national, and to mobilize IsraeliAmericans to effect positive foreign policy. Expanded coast-to-coast, with hundreds of thousands of members, it could be one of the most powerful of advocates for the Israel-U.S. relationship, we believed.

In 2013, Sheldon and I attended the annual ILC gala in Beverly Hills. In the hall were 900 delegates, all of them proud Israeli expatriates like me. These people were both powerful Israelis and powerful Americans, ready to put both national identities to good use. Far from being downcast or cast out - connotations that attach themselves to the word "yordim" - they were energetic, unapologetic and full of sincere love for Israel and the United States.

And, that night, the Israeli-American Council (IAC) was born - a re-launch of the ILC, with Sheldon and me as its main benefactors.

In the years since, the organization has expanded dramatically, with more than 20 new chapters in major U.S. cities. Each year it throws conventions attended by thousands of delegates as well as American and Israeli political figures. The keynote speaker last year was U.S. Vice President Mike Pence. At this year’s National Summit – in Florida, on Saturday night - we have the honor of hosting President Donald Trump.

We fully expect that the IAC will continue growing and thus shrink whatever gap might exist between American Jews and Israel. This is the time for us to unite, Democrats and Republicans, liberals and conservatives, of any affiliation.

We Jews cannot afford division. There are too few us, and too many others who want us to fail, falter, disperse or perish. 07 Scholars believe that, in King David's time, three millennia ago, the Jewish population numbered around 5 million. Today, we are 14 million – barely a threefold increase. Consider that the Chinese population is believed to have increased about a hundred-fold over the same period. By rights, we Jews should number at least a half-billion today.

But, all too often, anti-Semitism has had its way: from the Inquisition to the pogroms to the Holocaust. In the words of the Passover Haggadah: “In each and every generation, they rise up against us to destroy us.”

And hatred for us from the outside has engendered drift and doubt among us: All too many Jews assimilate and are lost to the community because they see no good reason to stay. And all too many of these Jews see anti-Israel activism as an express-ticket to successful assimilation.

That is why it is so important to bring closer the world's two largest Jewish communities – in Israel and in the United States. We are a giant extended family. Though thousands of miles separate us, we share the same joy and pain, the same glorious birthright and the same burden of the disasters that befell us because of this birthright. Regardless of our political or religious leanings, we are Jews – always and indelibly.