The IAC Family is excited to share this report on the IAC’s growing impact across the nation with our community. To Download the full report please click here. We have come a long way since our formation in 2007. Now active in more than 27 states, we are the fastest-growing Jewish organization in America. We would like to take this opportunity to thank our extremely dedicated IAC team, 100+ council members, and hundreds of supporters nationwide, led by the Adelson Family Foundation.

We are experiencing exponential growth at the IAC and some of our accomplishments this year include:

EXPANDING OUR NETWORK FROM SEVEN TO TEN NATIONAL REGIONS

by adding Chicago, Philadelphia, and Seattle offices. This expansion allows us to better serve the dynamic Israeli-American communities across the country. 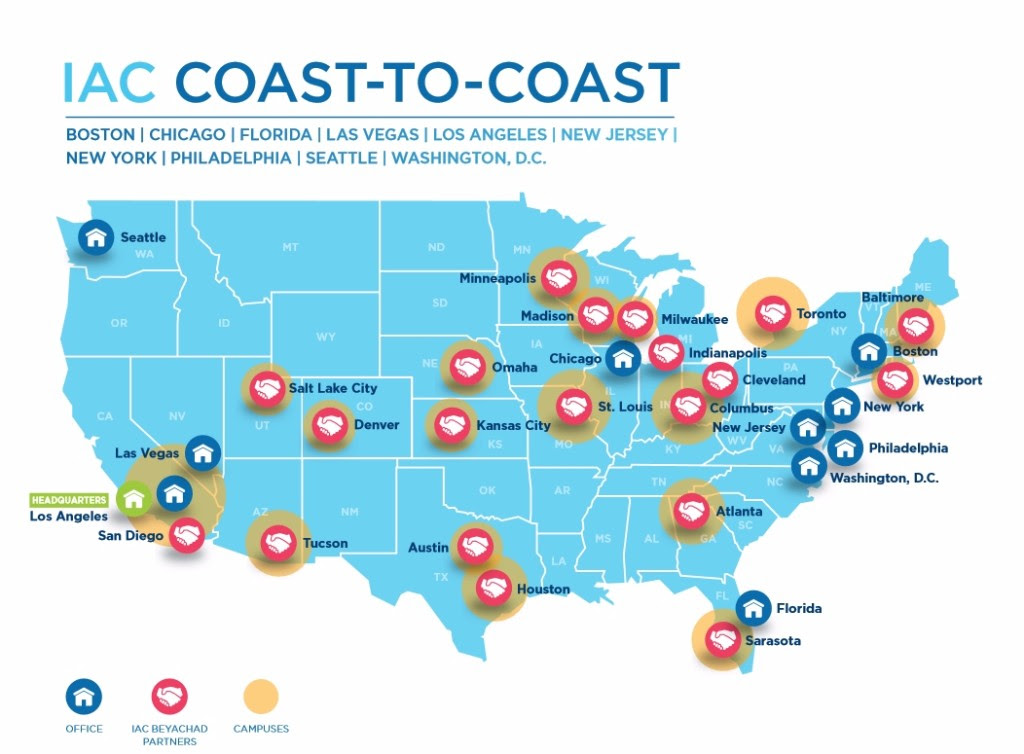 EXPANDING OUR ACTIVITY TO AN ADDITIONAL 20 COMMUNITIES THROUGH ACTIVE VOLUNTEERS

IAC BEYACHAD inspires, guides and supports volunteer leaders to develop a series of grassroots events within the Israeli-American community that strengthen cultural identity – we reached 13,000 community members this year. 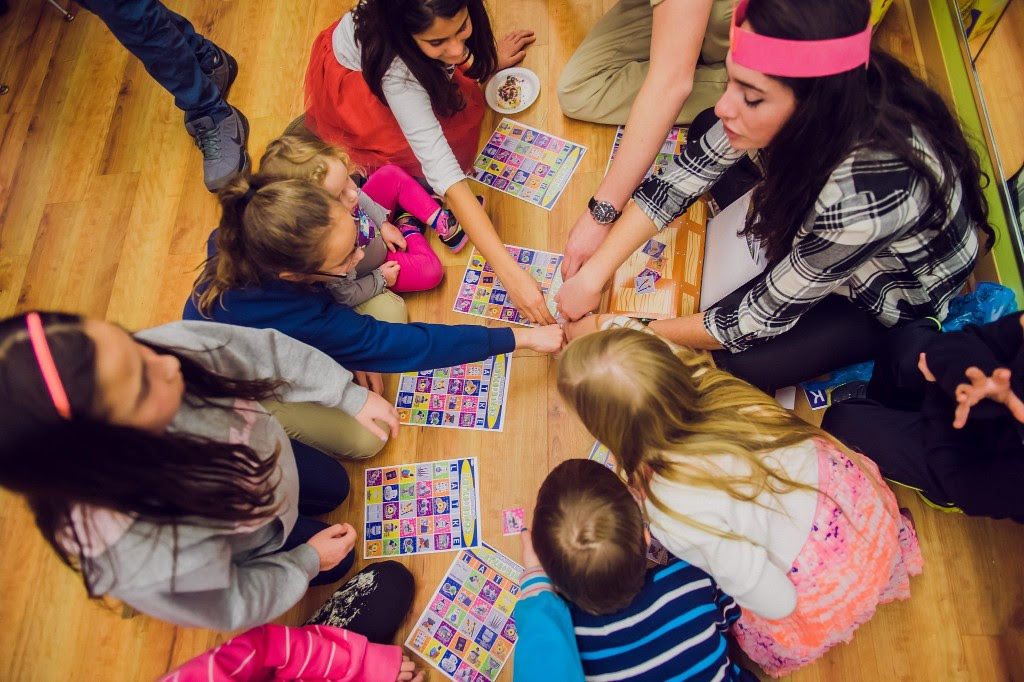 And dramatically increasing participation of the American Jewish Community in IAC activities. Which currently serves the largest community of Israeli-Americans in New Jersey. The new IAC Center boasts an extensive Hebrew library for children and hosts events and activities that connect the Israeli-American and Jewish American communities. 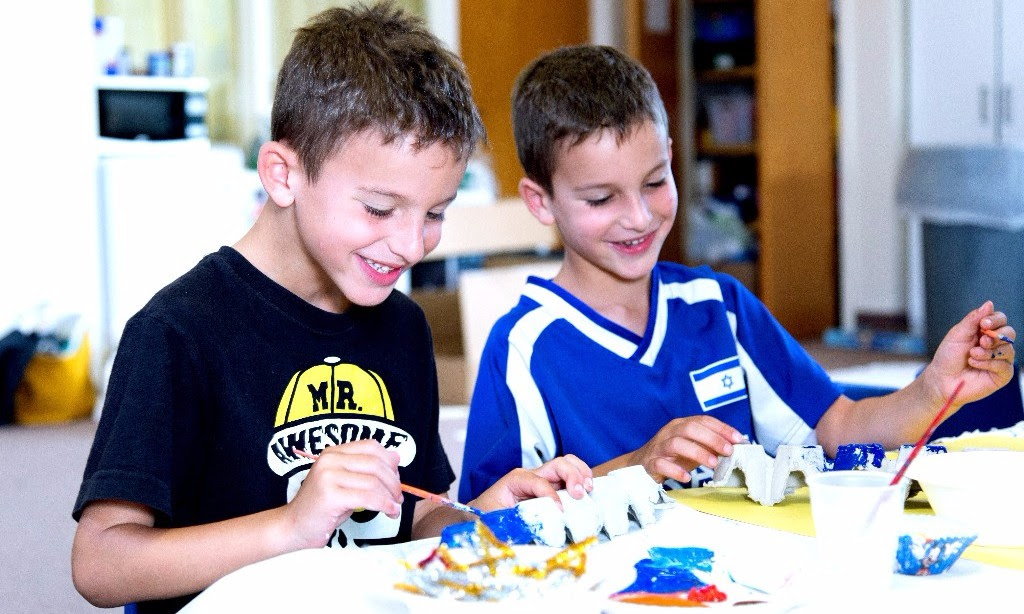 Located in the San Fernando Valley, this vibrant hub for Jewish life engages and unites the community around issues related to Israel and the Jewish future. Los Angeles is joining the vibrant IAC Community Centers of Florida, Boston, and New Jersey. 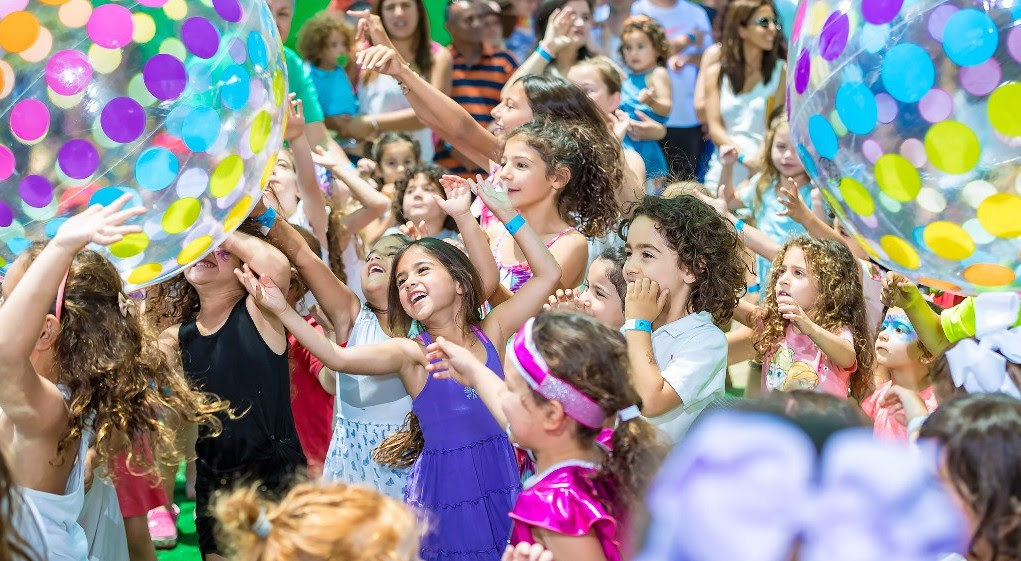 With a record breaking of over 2,100 participants and 180 thought leaders from across the nation, Israel, and around the world, the 2016 IAC National Conference was a huge success! Seeing Israeli and Jewish Americans gather for three energizing days full of inspiring lectures, workshops, panels and activities was the pinnacle of our year.

Community of families with children ages 0–12 years old. IAC KESHET cultivates a connection to Israel, its culture and Jewish values via the Hebrew language. IAC KESHET SFARIM is where Hebrew-language learning and Israeli culture come together through hand-picked children’s books by Israel’s most talented and well-known authors. 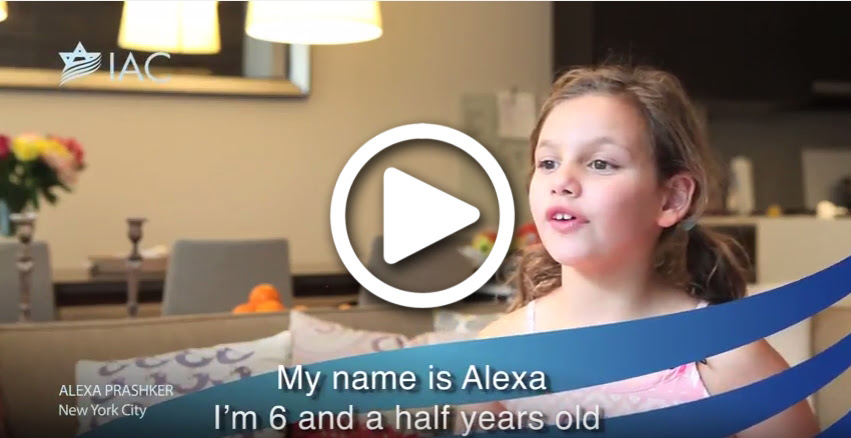 IAC EITANIM is a cutting-edge leadership and entrepreneurship program that develops creativity, self-learning & teamwork skills, and a connection to Israel through real-world challenges. This unique Project Based Learning program is led by Israeli-American mentors who are leaders in their field. 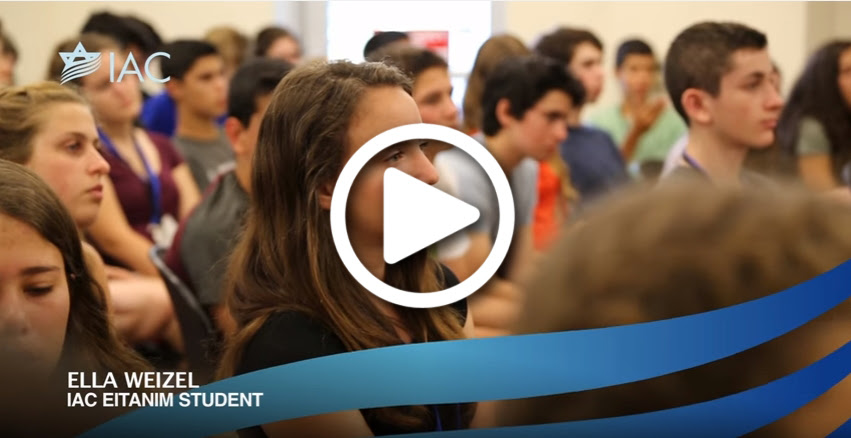 Joined IAC MISHELANU, our pro-Israel  program that fosters leaders and provides a home for Israeli-American students in order to explore and strengthen their Israeli-American and Jewish identity through culture, language, heritage, and a strong connection to Israel. 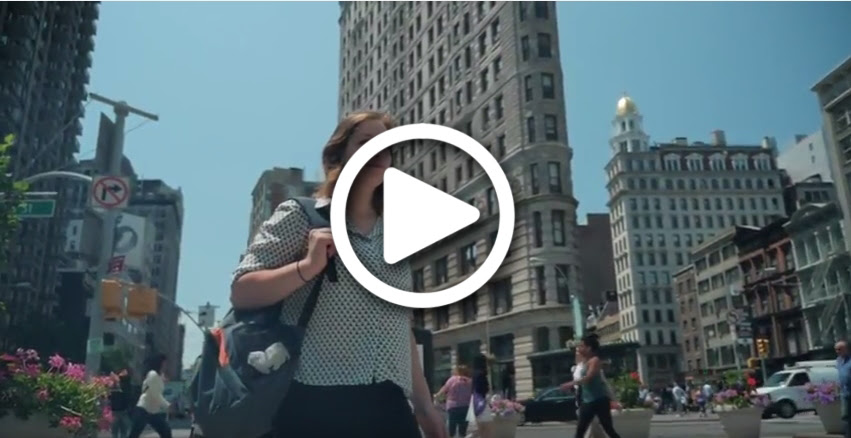 IAC SHISHI ISRAELI as well as community family festivals for Shavuot and Sukkot, adult gatherings for Purim and the Passover tradition of Mimouna, and special programs throughout the year that bring us together as one people. 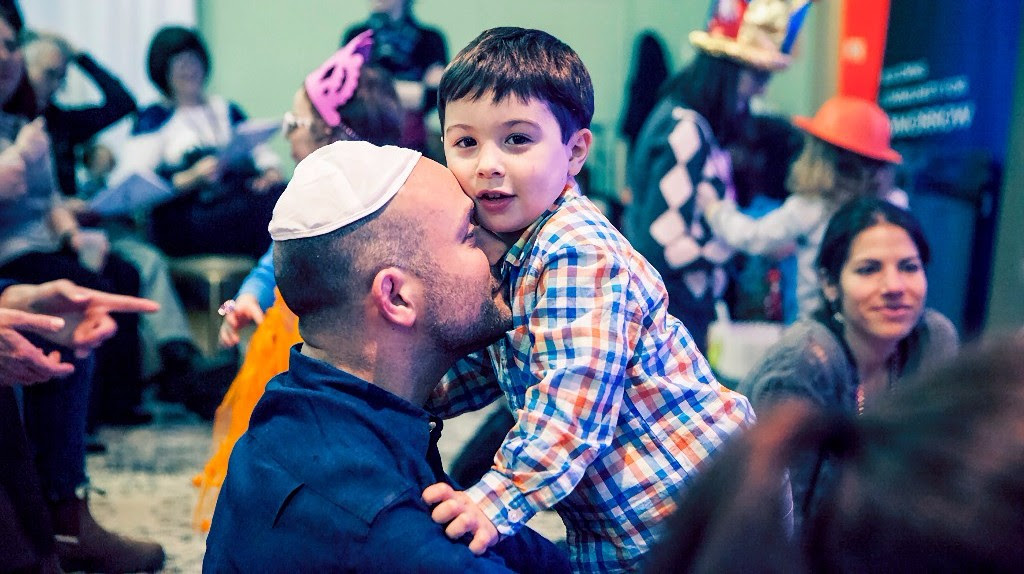 within the Jewish American community. Next year in 10 cities, IAC G’VANIM will help explore the hybrid identity (Israeli-Jewish-American) by examining questions of identity, belonging, community-building and leadership through an in-depth personal and communal journey and learning process. Graduates of IAC G’vanim become the leadership backbone of their communities. 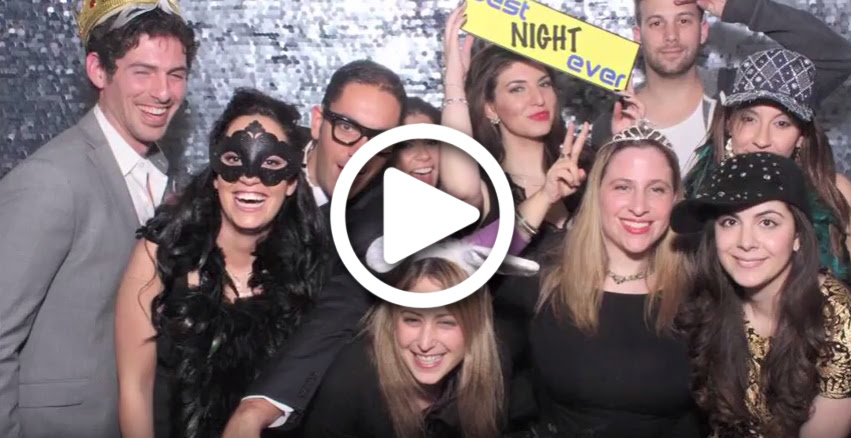 This Young Leadership program is aimed at building an exclusive network of young Israeli-American professionals, connecting them to a Jewish identity and to the State of Israel. IAC LEAD members are empowered to become the future leaders carrying out the IAC’s mission within our communities. 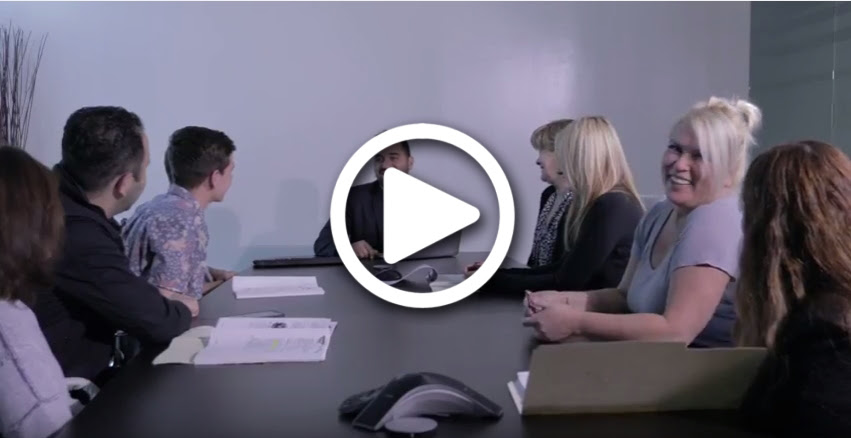 is the largest Jewish Festival outside of the State of Israel, bringing together the community in celebration of the Jewish state and fostering the bond between Americans and Israel. This year we celebrated Israel in 6 cities with more than 50,000 people, reaching new records of participation in LA, NJ, LV and a historic partnership with UJA in NYC. 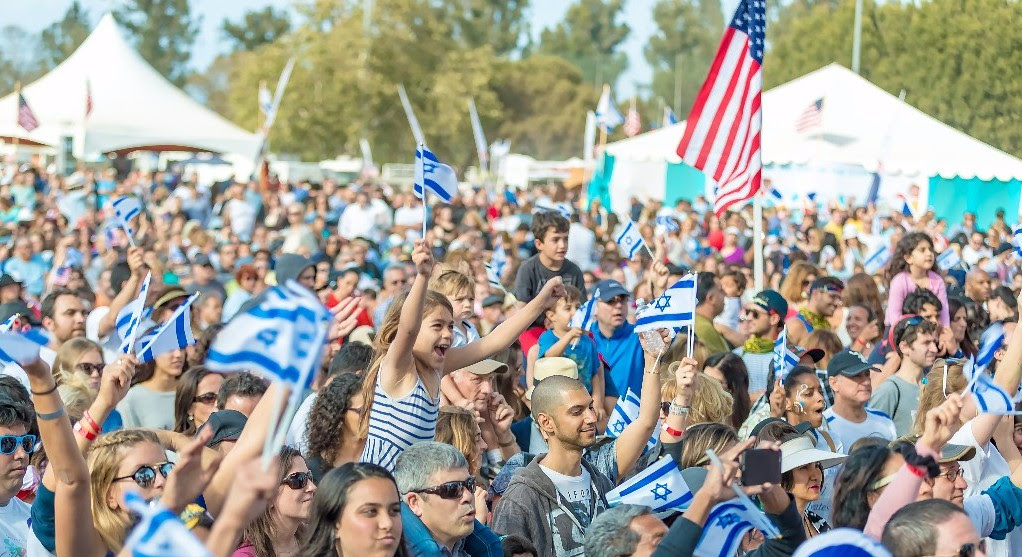 TRAINING HUNDREDS OF COMMUNITY MEMBERS TO ADVOCATE FOR ISRAEL

IAC ACT Providing the tools, training and support to help Israeli-Americans become effective advocates for Israel in their communities, workplaces, on social media and on campus. IAC ACT is one of the new and most exciting programs we formed this year in partnership with the Interdisciplinary Center Herzliya. The Israeli Scouts is one of the most important organizations that connects our next generation to their Jewish and Israeli identity, to foster their love and connection to the state of Israel. The IAC has been partnering with the Tzofim since its establishment back in 2007.  IAC’s support helped establish Shvatim (Scout chapters) at a new record high (3,300 members in 21 Svhatim), strengthen Hadracha training and launch a new Hebrew-language summer camp.