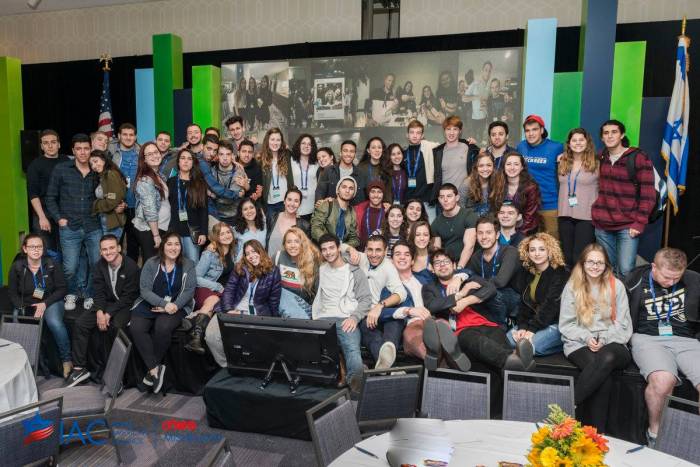 The Israeli American Council’s Mishelanu program (IAC Mishelanu) provides a unique venue for Israeli-American students to explore their distinct identity and build community among others with the same background. The program recently convened for its third annual conference, which drew nearly 400 students from across the country. One of them was sophomore Dana Benavi, who shares her thoughts below.

I came to UC Davis as a quiet and introverted teen, an Israeli-American hybrid who had moved here at three months old but grew up speaking Hebrew at home. I wasn’t sure if I would find a group of friends, or a place where I would feel comfortable. I definitely did not expect to find a big Jewish and Israeli community. But all of those things happened, thanks to IAC Mishelanu.

During my first week on campus, I went to the Hillel’s open house. Walking around the tables, I found a fair amount of different pro-Israel and Jewish organizations—but what was missing was a place I could feel at home and speak Hebrew with just like with my family. Then, I stumbled upon Mishelanu’s table, and started talking to the president, Zoe Aspitz. She was so loving, kind, and welcoming… and spoke to me in Hebrew. It was comforting to know that there were people who understood where I came from. I joined the group right then and there—and I became part of something very special.

For example, one night we all gathered at Hillel to make shakshuka, one of Israeli’s beloved foods. It was about 12 of us in the kitchen, chopping onions, bell peppers, tomatoes, jalapeños and garlic. Everyone had a job to do, which made us feel like we were part of a community. Once the food was ready, we sat at the table like a family, eating and talking about our lives. With the delicious shakshuka on our plates, all of us—Israeli-Americans and Jewish Americans—came together as one.

This feeling of a community and family is present at every IAC Mishelanu event. We once went to an Indian restaurant and played a game on Kahoot!, the learning platform, which showed us a photo of somewhere in Israel and we had to guess where the picture was taken. This was a great way for us all to hang out and learn more about Israel.

I feel that IAC Mishelanu has made me part of a community on my campus, and that I have support behind me to advocate for myself and for Israel. Going to its conference was a fantastic experience. I met even more students like me and learned more about Israel itself, as well as new ideas and ways to stand up for Israel on campus. I’m re-energized to continue our program this year, and I’m already looking forward to next year’s conference!