It’s Time for the Israeli Diaspora to Step Up and Assume its Leadership Role! 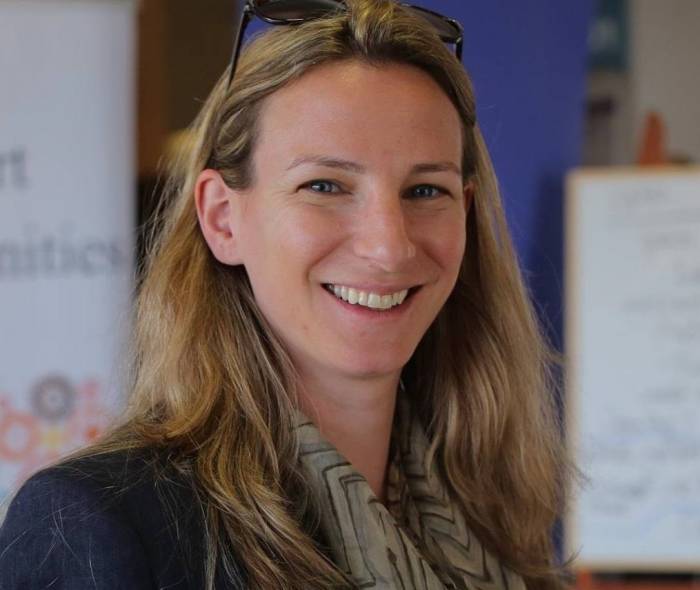 It seems that the Jewish people are currently living in the best of times and in the worst of times, to borrow the famous phrase from Charles Dickens. On one hand we are seeing the most flourishing time in Jewish history. Two large and thriving Jewish communities in Israel and North America living in relative prosperity and security (even against the backdrop of the tragic Pittsburg shooting).

Yet at the same time, the Jewish people, seem to be more divided than united. The passing of the Nation-State law, the breakdown of the Kotel Compromise, the backlisting of Reform and Conservative Rabbis by the Israeli Rabbinate, and other similar event, seem to be exacerbating this divide even more. The recent GA’s “Let’s Talk” theme, seems to indicate the desire and almost desperate cry to improve lines of communication and get the different parts of the Jewish people talking to each other.

In this fractured reality, there is one group that has the unique leadership capacity to cross boundaries and build bridges in order to strengthen our Jewish Pepolehood, but seem to be consistently overlooked and under-appreciated – this is the Israeli Diaspora and specifically those Israelis living in North America. They are - by far - the best positioned to be ‘Frontier Guides’ and help bridge growing gaps between the two largest Jewish communities.

Why is the Israeli diaspora so uniquely positioned? Well, because they encompass three inherent traits that almost no other population in the Jewish world have today:

First, they inherently embody Jewish Peoplehood, even if they do not know how to explicitly articulate it. By virtue of the fact that they live with one leg in both their local and Israeli communities, the Israeli Diaspora – and particularly the second generation – implicitly understand what it means to be part of a global people.

Second, they are bi-partisan by nature, generally voting based on issues and not on party affiliation. This is particularly important in a world where it seems like the Israeli community is pulling right and the American Jewish community is pulling left causing the perception that an enormous crater is opening up between them.
Third, they are bi-lingual – not only in the literal sense that they speak both Hebrew and English – but also in the cultural sense that they speak ‘Israeliness’ and ‘Amerikait’ (aka ‘Americanism‘).

Armed with these inherent traits, the Israeli Diaspora naturally fit into the role of what the Adaptive Leadership Framework calls ‘Frontier Guides’. As Prof. Dean Williams of Harvard’s Kennedy School so eloquently states in his book Leadership for a Fractured World, Frontier Guides have the capacity to do three things: (a) Go to the boundary frontiers to meet with the other to discover shared values; (b) be a voice of calm and encouragement to their own group; and (c) play a mediating role by serving as an “interpreter” of the other group’s behavior, sacred values, and aspirations to their own group and vice versa.

What this practically means is that the Israeli Diaspora living in the United States has an important leadership role to play vis-à-vis Israelis living in Israel and vis-à-vis American Jews living in America.

On the Israeli side, the most important leadership role that the Israeli Diaspora has is helping widen the often too narrow and paternalistic Israeli lens in order to ensure that Israel serves as the Nation State of the entire Jewish People.

On the American side, it means breaking the ‘Zionism vs. Liberalism’ dichotomy that many American Jews tend to place on Israel and to help create more nuanced conversations that show the shades of grey facing Israel’s reality and the mindset of many Israelis.

However, for a number of sociological reasons, stepping up to this leadership role is not trivial for many Israelis living abroad. Hence, there are several things that we can communally do to help them assume this critical and almost historic role. These includes:

Infusing the Israeli diaspora with Purpose – Leadership is often driven by a sense of deep purpose. For years, not only did the Israeli diaspora not have a sense of purpose, it was shamed into feeling traitors and back-turners on their country. This is the time to move beyond the old stereotypes and outdated language and to help infuse the Israelis with long-term vision and mission.

Helping this community look beyond the horizon and stop being so preoccupied with itself – For many of the reasons stated above, Israelis living abroad have often found themselves in survival mode – preoccupied with integrating into their new surroundings, finding ways to educate their children in the values they feel are important, and struggling to maintain connections with their family and friends in Israel. However, this narrow, insulated view, is beginning to change as more and more Israelis are taking on communal leadership roles. We need to work to make this the standard and not the exception.

“This is the time; This is the day: This is the moment,” as Yehuda Poliker sings, for the Israeli community living outside of Israel to step up and assume their leadership role as frontier guides in service of our collective Jewish People.

Netaly Ophir Flint is a Partner at KONU: Growing and Provoking Leadership. She is the former CEO of the Reut Group.