An Israeli-American summit where concern for Israel transcends political affiliations 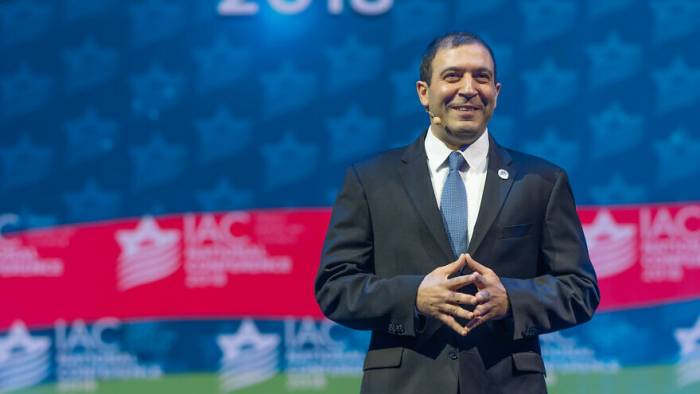 This year’s conference will bring together nearly 4,000 attendees, including top-level decision-makers from the United States, Israel and the Jewish world, with U.S. President Donald Trump headlining the summit on Dec. 7.

(December 2, 2019 / JNS) Ahead of the Israeli-American Council (IAC) National Summit in South Florida on Dec. 5-8, co-founder and CEO Shoham Nicolet spoke with JNS about his vision for IAC, the fastest-growing Jewish organization in the United States.

Israeli-born and Los Angeles resident Nicolet is co-founder of several Ed-Tech ventures and philanthropic initiatives. He served as a lieutenant in an elite unit of the Israel Defense Forces and is an alumnus of Stanford Graduate School of Business. He serves as a board member on ICON Silicon Valley and previously served as a board member of the Reut Institute.

According to Nicolet, IAC was born in 2007 out of the Second Lebanon War in an attempt to mobilize the Israeli-American community. Beginning with a campaign called “Life in Sderot” featuring a concert attended by 1,800 people, former President Barack Obama addressed the concert by video, as did U.S. Sens. Hilary Clinton and John McCain.

This year’s conference will bring together nearly 4,000 attendees, including top-level decision-makers and thought leaders from the United States, Israel and the Jewish world, with U.S. President Donald Trump slated to headline the summit, giving a keynote address on Dec. 7.

Though IAC often invites political figures to speak and aims to influence elected officials, Nicolet told JNS that it was never a political organization, and does not take stances on Israeli or American policies. Unlike other pro-Israel bipartisan organizations, IAC is focused on community-building more so than lobbying for or against political policies. Many IAC members are also involved in AIPAC, noted Nicolet, which he called a “complementary organization.”

“Ninety-five percent of our budget is used to connect people to Israel, to their Jewish identity and to each other through teaching Hebrew, as well as innovation, entrepreneurship and culture,” said Nicolet.

Fostering such connections, he said, is especially important for Israeli-Americans to maintain their connection to Israel and their Jewish identity while living in the United States.

But in the United States, he said, Israeli-Americans must “decide to be Jewish.”

A ‘living bridge’ between Israelis and Jewish Americans

Fostering Jewish identity and connection to Israel, said Nicolet, is especially important on college campuses, where anti-Israel sentiment threatens Jewish and pro-Israel students alike, and within the Jewish American leadership umbrella, which is said to be distancing from Israel.

Through IAC programs like Mishelanu, a nationwide pro-Israel leadership network of first- and second-generation Israeli-Americans on more than 100 campuses, fellows bring the spirit of Israel to campus, ensuring Jewish identity and connection to Israel in the younger generation.

For Jewish professionals, the IAC’s focus on leadership development among Israeli-Americans provides an opportunity to create a “living bridge” between Israelis and Jewish Americans.

Though many have said these two populations are distancing from one another, Nicolet preferred to focus on opportunities that strengthen these bonds. In the context of growing political divisiveness in America and Israel, the IAC summit theme, “Israel, Together,” seems especially poignant.

One central goal for IAC is to have Israeli-Americans around the proverbial Jewish leadership table, and as leaders and board members in large organizations.

According to Nicolet, Israeli-Americans who know how to “speak” for both sides are vital to have in Jewish institutional leadership. Representing a diverse range of political persuasions, they help show that “politics are irrelevant,” and that “it doesn’t matter what you believe; you just feel a love and connection to Israel and to the United States.”

“We disagree with each other, and we are not one homogenous community that agrees on everything,” said Nicolet. “And yet, our differences do not impact the way we love Israel and respect each other.”