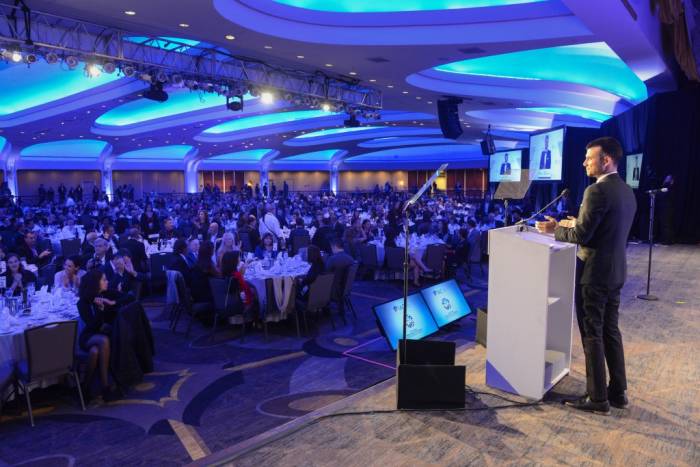 If you look hard enough at a challenge, you can often find an opportunity.

This was the task facing the founders of the Israeli-American Council almost ten years ago, when we set about organizing Israeli-Americans into one cohesive community for the very first time. When we started, most in the Jewish world perceived Israeli-Americans as nothing but a liability. They believed that Israeli-Americans should move back to Israel — and had largely ignored us when it came to programs and services.

For our part, Israeli-Americans didn’t understand the need to cultivate a community in the Diaspora. Being mostly secular — we perceived synagogues and Jewish organizations in America as religious centers, and not for us.

The result? Israelis in America were largely disconnected from Jewish life. Our second and third generations were assimilating at much higher rates than other Jewish-Americans. And we weren’t moving back to Israel. In a generation or two, our Jewish and Israeli heritage might completely disappear.

While many believed that as long as Israeli-Americans lived outside of Israel — they were a liability — impossible to engage or organize — the IAC saw them as an untapped strategic asset. Our hybrid identity was our unique value proposition. The fact that we could speak both “Israeli” and “American” positioned us to become a living bridge between Israel and the U.S. — within the Jewish community. Our community now represents more than 10 percent of America’s Jewish population, offering a large pool of people to bring into our movement.

Over the past nine years, the IAC has brought together the Israeli-American community in unprecedented ways, as we have grown to 10 regional councils, active volunteers in 27 states, and cutting-edge programs that meaningfully engage Israeli-Americans at all stages of life.

Next month, we will convene the IAC National Conference in Washington, D.C. For the third year in a row, we will hold one of the most significant gatherings in the Jewish world, bringing together a unique combination of influential Jewish leaders along with thousands of Israeli-American activists. While we all gather in suits and ties under the umbrella of an American Jewish organization, the conference maintains the energy and excitement of an Israeli gathering. When you walk into the hall, it still feels like Israel.

This year’s conference will represent the largest-ever meeting of Israeli- and Jewish Americans in history. The leaders of storied American Jewish institutions, from the Jewish Federation and the JCC to the Jewish National Fund and AIPAC, will ponder big issues with top thinkers, educators, artists, entrepreneurs, elected officials, and many of the most visionary philanthropists in the Jewish World, including Dr. Miriam and Sheldon Adelson.

By bringing our community leadership together with these top influencers from Israel and the broader American Jewish community, we have a unique opportunity to explore the existential challenges facing the Jewish people today — and advance solutions.

From the beginning, the IAC recognized that, as a very young diaspora community, Israeli-Americans would be wise to learn everything we could from the Jewish American diaspora. We should learn how mature Jewish diaspora communities in America have organized themselves, how they have expanded, and especially how they have built a culture of giving. Today the IAC is no longer just trying to build a bridge to Jewish Americans, but rather becoming a living bridge within the Jewish American community.

Together, at the conference, we will examine how Israeli-Americans can be unleashed as a strategic asset and a living bridge within the Jewish world to strengthen the three pillars critical for the Jewish future: the next generation, the Jewish people in the Diaspora, and the State of Israel.

Drawing on the most brilliant brains across the Jewish world, we will ask: how can Israeliness — the Hebrew language, Israeli culture and entrepreneurship, and a connection to and love for Israel — be used as a tool to strengthen the Jewish identity of young people, not just those with Israeli parents, but throughout the broader Jewish community?

And we will examine how Israeli-Americans can bridge the gaps between the Jewish state and the Jewish people in the Diaspora, strengthening the U.S-Israel alliance. As legendary Jewish leader and Combined Jewish Philanthropies President Barry Shrage told me in one of our meetings, “There is simply no one who can tell Israel’s story better in America than Israeli Americans.”

When the IAC’s three pillars intersect — strengthening Jewish and Israeli identity, strengthening the American Jewish community, and strengthening the U.S. relationship with Israel — magic happens. Today it is clear that Israeli-Americans are not a liability, but we have just scratched the surface of what kind of asset we can be for the Jewish World.

If you want to experience this magic, the IAC National Conference is the best place to start.