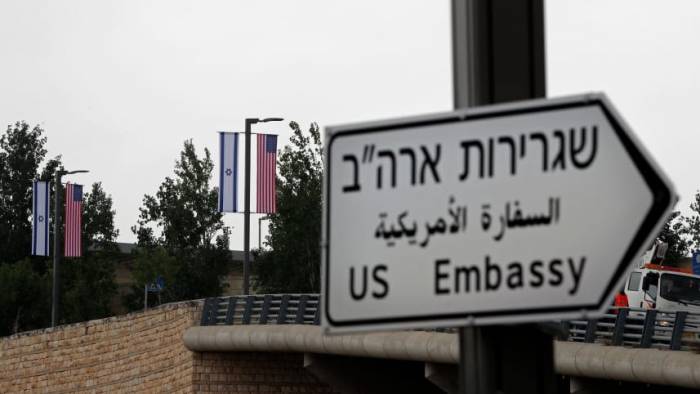 Today, in the eternal capital of the Jewish people, the United States made history.
The Israeli-American Council is thrilled to celebrate the historic opening of the U.S. Embassy in Jerusalem, which took place in a special ceremony today. We commend and congratulate President Trump and his Administration for showing visionary leadership by moving the Embassy and officially recognizing Jerusalem as the capital of Israel.

America’s position is clear for the world, acknowledging the reality that Jerusalem has been the capital of Israel since the country’s declaration of independence 70 years ago and the capital of the Jewish people for some 3,000 years.

From Israel’s founding, Jerusalem has been the location of the country’s parliament, the Supreme Court, and the residence of both its President and Prime Minister.

In 1995 the Jerusalem Embassy Act passed the U.S. Congress with an overwhelming bipartisan majority. The act recognized Jerusalem as the capital of the State of Israel and called for the relocation of the Embassy of the United States in Israel from Tel Aviv to Jerusalem. Today President Trump made this piece of legislation a reality.

Moving the U.S. Embassy will advance the prospects for peace, while ensuring that Jerusalem will remain the heart of three religions, each of which will continue to worship freely in the holy city for generations to come.

On this historic day, we remember that the Jewish tradition teaches:

“If I forget you, Jerusalem, may my right hand forget its skill. May my tongue cling to the roof of my mouth if I do not remember you, if I do not set Jerusalem above my highest joy.”

As Americans and Jews, we celebrate this important milestone in the U.S.-Israel relationship with love and pride in our common history, shared values and unwavering friendship.