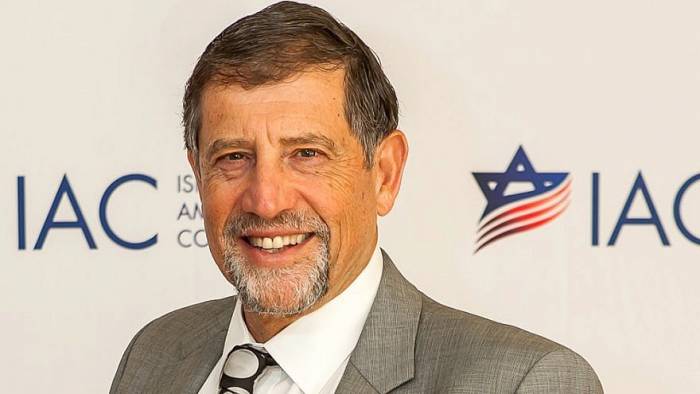 (May 23, 2019 / JNS) The Israeli-American Council (IAC) announced on Thursday business leader and longstanding philanthropist Naty Saidoff as its new chairman.

Saidoff is a co-founder of the IAC and has served on the IAC’s board of directors since its founding in 2007. He is also the chair and the principal underwriter of the IAC’s Celebrate Israel Festival, the largest Jewish festival in the United States.

“I’m honored to join our CEO, Shoham Nicolet, at the helm of the fastest-growing Jewish organization in America at this pivotal time,” said Saidoff. “The IAC has nurtured a vibrant coast-to-coast community and a dynamic national platform of programs.”

“It is uniquely equipped to bring solutions to the table that make a transformative impact on the Jewish community in America and the state of Israel at this complex moment in Jewish history,” he continued.

He recently acquired a controlling interest in Shikun & Binui, an international holding and investment company, and the largest construction and infrastructure company in Israel. It operates in 20 countries on four continents.

Saidof’s term will begin by the end of the year.

As for current chair Adam Milstein, he said “it has been a great honor to be part of the IAC since its inception and help lead it to new heights for the past four years. I look forward to remaining a key part of the IAC’s lay leadership as a national board member and chairman emeritus.”