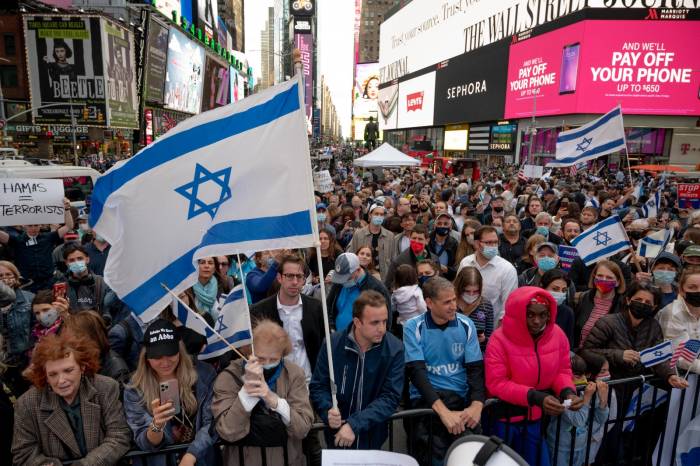 Rallies in US cities across the country “to stand up against terror”
included Boston, NY, LA, West Palm Beach

LOS ANGELES, May 13 -- Thousands of people mobilized for rallies in 19 cities from coast to coast Wednesday in solidarity with Israel and its people. With Israel’s citizens under massive Hamas and Islamic Jihad terrorist rocket attacks, the Israeli-American Council (IAC) and other American Jewish groups organized the rallies across America.

“Our communities are always closely connected to Israel. Especially now, when our brothers and sisters are under brutal attack by terrorist organizations, we need to be there, to speak in support of Israel and its citizens and to stand together side by side against terror,” said IAC Co-founder and CEO Shoham Nicolet.

As the violence in Israel worsened, the IAC issued an “emergency call to action” to “stand with Israel” and “stand up against terror.”