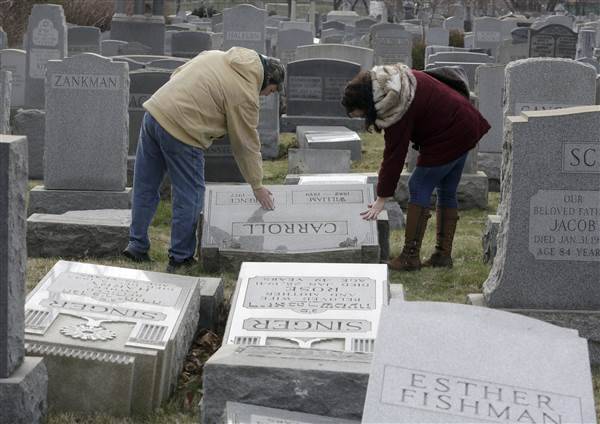 In recent weeks, many members of the Israeli-American community and the Jewish Community have been affected by a wave of anti-Semitic attacks on Jewish institutions across the United States.

Toddlers attending pre-school at Jewish Community Centers have been shuffled in and out of their classrooms because of repeated bomb threats. Jewish cemeteries have been desecrated by thugs and hooligans. Jewish leaders and public figures have been threatened.

The Israeli-American Council condemns all acts of anti-Semitism in the strongest terms. We cannot and will not accept this reality. Antisemitism has no place in our country, or in any other place, and must be confronted forcefully.

We are encouraged by recent statements made by President Trump, Vice President Pence and many other elected officials on both sides of the aisle, condemning these attacks.

Moving forward, we would like law enforcement agencies at all levels of government to take further steps and more vigorous measures to expose and combat these recent attacks, and bring the individuals behind them to justice.

Histories lessons are clear. Antisemitism is an insidious hatred that is not just a danger to the Jewish people, but an existential threat to all Americans and to the democratic values.

The Israeli-American community stands with the broader Jewish-American community, and pledges to work with our government and fellow Americans to do everything that we can to fight the evil of anti-Semitism in all of its forms.