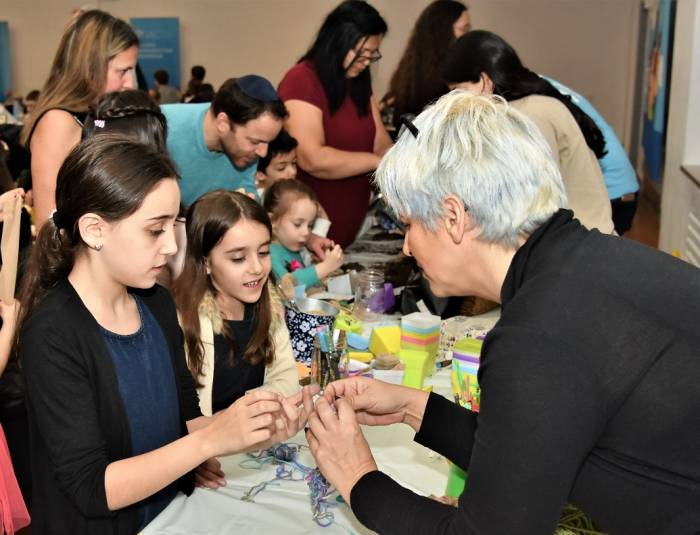 This year, in honor of Tu Bishvat, the Jewish New Year for Trees, the Israeli-American Council put down new roots. We came together as one large Jewish family to celebrate a first-of-its-kind National IAC Shishi Israeli Tu Bishvat. Over forty communities and campuses across the country united for weekend-long festivities and tree-planting ceremonies that fused Israeli culture and Jewish heritage.

In Israel, and according to the Jewish calendar, Tu Bishvat marks the arrival of spring, the blossoming of trees, and the renewal of nature. Yet, as part of the Israeli-American tradition in the United States, we extended the celebration to regions where trees were still bare and where flowers had not yet bloomed, sending a clear message that our renewal as a community is evergreen.

From Friday, January 18, to Sunday, January 20, 2018, festive tablecloths were spread over a thousand tables from coast-to-coast. Drawing from tradition in Israel, dried fruits were placed alongside the Shabbat challah, and in the center of the table was a specially prepared IAC program booklet. The booklet, which combined Israeli and Jewish traditions, served as a guide for the holiday, containing customs and traditions as well as Tu Bishvat-themed songs in Hebrew. Through this special holiday, we connected with Israel and our Israeliness, feeling a sense of unity and family as we celebrated.

We planted trees together, and we also sowed the seeds of a strong community that will grow branches, leaves, flowers and fruit. We came together to mark the beginning of a new IAC tradition, a historic celebration that injects the spirit of Israel into Tu Bishvat celebrations across America.