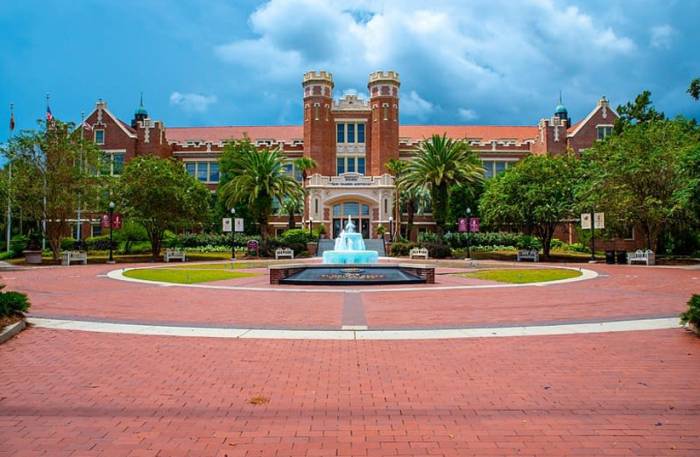 The university's president, John Thrasher, said that the staff will now have to partake in an annual training program meant to make the campus "more inclusive for our Jewish students and employees."

The Israeli-American Coalition for Action (IAC for Action) has commended Florida State University for adopting the International Holocaust Remembrance Alliance's (IHRA) definition of antisemitism.On top of FSU's announcement, the university's president, John Thrasher, said that the staff will now have to partake in an annual training program meant to make the campus "more inclusive for our Jewish students and employees."

"This is a terrific first step by the FSU administration and President Thrasher in dealing with recent concerns on campus," said IAC for Action Board Chairman Shawn Evenhaim. "We believe they have laid the foundation for a good outcome. We look forward to seeing the University’s plan of action deliver real change through the variety of significant initiatives it has laid out."The university also announced that it "has re-established its Jewish Student Union and is creating a Jewish Alumni Network to provide enhanced support and educational resources for all our students,” according to Thrasher. He further elaborated that the university will hire a new "Student Equity and Inclusion Director" with advisory from the Jewish community."IAC for Action was honored to have made a public policy contribution to this matter. The Florida Statute cited by President Thrasher’s letter was developed and resourced by IAC for Action in close collaboration with our partners at the Brandeis Center, Stand With Us, and many other groups who contributed vital advocacy. FSU has just decisively proven that equal protections can be afforded to all students, including Jewish and Zionist students, while fully maintaining First Amendment freedoms.”Thrasher said in the letter, "I want to reaffirm that this is a top priority. My university leadership team and I will continue to work determinedly to combat antisemitism and unlawful behavior. While freedom of speech is of paramount importance on a college campus, so is creating a climate of acceptance and appreciation for the value and richness of the many cultures and ideas that make Florida State University such an excellent academic experience.”The IHRA definition of antisemitism, drafted in 2016, states that “antisemitism is a certain perception of Jews, which may be expressed as hatred toward Jews. Rhetorical and physical manifestations of antisemitism are directed toward Jewish or non-Jewish individuals and/or their property, toward Jewish community institutions and religious facilities.”

The working definition also includes examples of anti-Israel rhetoric and bias that "may serve as illustrations" of antisemitism - including "denying the Jewish people their right to self-determination, e.g., by claiming that the existence of a State of Israel is a racist endeavor," "drawing comparisons of contemporary Israeli policy to that of the Nazis" or "holding Jews collectively responsible for actions of the state of Israel."