Greeting from the Setty Family of Atlanta 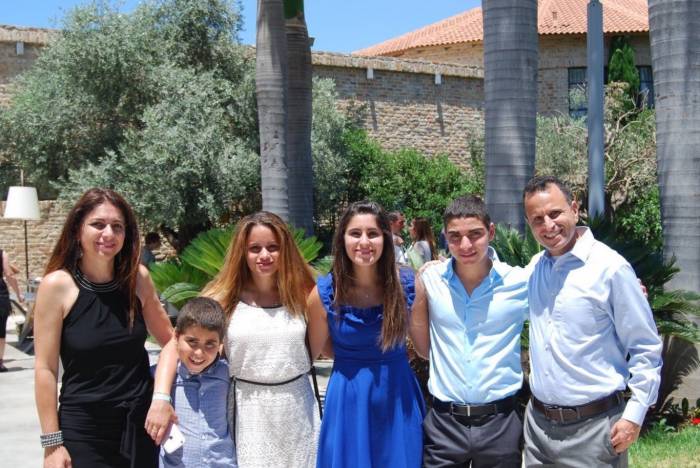 Twenty years ago, I opened a new door in my life, one that led me to America. However, for my husband Rani and I, the door to Israel remained open as we tried to live like Israelis in the United states and raise children to learn Hebrew, celebrate the Jewish holidays, and appreciate their two cultures.

Our adventure in the United States began when we were relocated to Boston. We had two-year-old twins, and I was pregnant with our third child. Like many of our fellow Israeli-Americans, our relocation was intended to last for three years. Three years turned into five years, and then we moved to Denver for ten years, where we had another child. Today, we live in Atlanta and are blessed to be surrounded by a warm Israeli-American community.

Our involvement with the IAC was sparked in a number of ways, simultaneously. Our children were first in the Israeli Scouts (Tzofim), and our twins then went on to join IAC Mishelanu on their campus, which gave them the opportunity to become part of a nationwide pro-Israel leadership network. Around the same time, Rani and I attended an IAC event, and we were inspired to serve as volunteer mentors for IAC Eitanim, which connects middle and high school students to Israel through innovation and entrepreneurship. Soon after, Rani became a member of the IAC Atlanta Council and I currently participate in the IAC Gvanim leadership program. As part of the program I (together with Shirley Inbal, a fellow IAC Gvanim participant) am working on an “easy landing” kit to provide key information for Israelis who have just arrived in the States. And, Uri, our youngest son, traveled with us this past December to the annual IAC National Conference. He is counting down the days until he can join IAC Eitanim.

We see the IAC and our connection to the Israeli-American community in Atlanta and throughout the United States as an important part of our family’s story and unique hybrid identity. I am proud to be part of the IAC and to be an active participant in its programs. I see great value in the organization’s mission to unite Israeli-Americans and Jewish Americans, and to strengthen the bond between the people of Israel and the United States.

It is important for my family to maintain a strong connection to Israel, even as we live in America. Through our involvement with the IAC, what was once a door to Israel has transformed into a bridge that keeps us always connected to our home, which remains in our hearts and spirits.