The Five Elements of IAC Communities 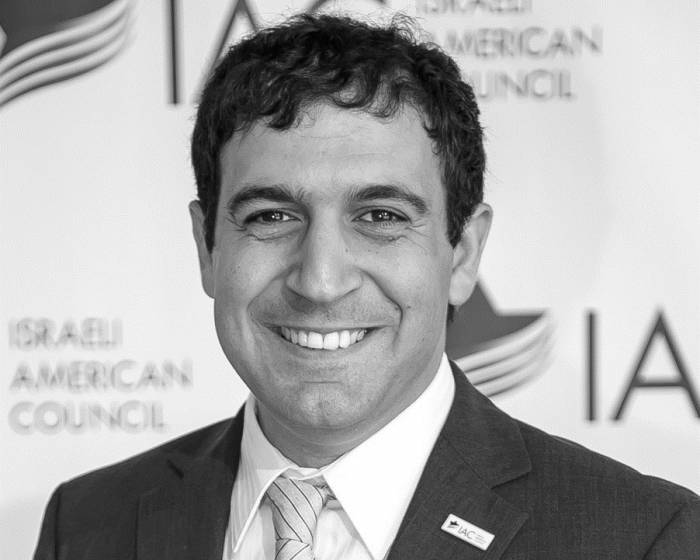 Our story is the story of Israelis who came to America. Many did not plan to stay. Most remained deeply connected to Israel as they became proud Americans. Today, their families represent about 10% of Jewish America. The Israeli American Council (IAC)’s story is a story about trailblazers who coined the term “Israeli-American” and founded a fast-growing community with Israel in its heart to ensure a strong Jewish and Israeli identity for the next generations. With the support of Dr. Miriam and Sheldon Adelson, the story became a coast-to-coast bestseller. Joined by thousands of supporters and volunteers, the IAC became one of the leading Jewish American organizations.

Our vision is to build a coast-to-coast community with Israel in its heart and Israeliness in spirit.

What does Israeliness mean? Is it relevant for the second and third generations of Israeli-Americans or for non-Israeli Jewish Americans? How does it impact our community leadership? This article presents our five elements of Israeliness.

Hebrew is the soul of Israeliness. It is this sound you hear on a busy New York City street, or at a shopping mall in Los Angeles, as though you have just landed in Israel. It is our language, and it makes us feel like one people. It is our connection to the stories of our ancestors, and, at the same time, the modern-day language used to spark innovations for the future. It is at the core of our identity and part of the IAC’s unique DNA. It is the most effective tool we have to fulfill our mission to connect the next generation to their Israeli and Jewish identities.

Hebrew can be heard everywhere the IAC is present, and it is part of our community’s unique value proposition. For Israelis, it is a gift we have and share with the many Jewish Americans who strive to connect to Hebrew.

The participants in our programs are 20-50% non-Hebrew speakers, and we make sure that Hebrew will not alienate them. The IAC has developed a unique formula to mix Hebrew and English, ensuring that anyone can connect to our ecosystem without language barriers.

Israel is the core of Israeliness and the IAC. There is no Israeliness without Israel. It is where all the elements of Israeliness were created. This is where we were born as a nation more than 3,000 years ago, and it is the “Startup Nation” building the future. It is not only a source of Israeli identity, but also a source of Jewish identity. Connecting our community, especially our next generations, to Israel, is vital for our future.

In recent years, the gap between Israel and Jewish America has widened. We believe that Israeli-Americans and Israeliness can be instrumental in achieving a future in which the Jewish people and the Jewish State are strong, resilient, and interconnected.

First, Israeli-Americans speak both “Israeli” and “American” and can bridge the many cultural differences between Jews who live in America and those who live in Israel.

Second, while trips to Israel are the best way to connect to the Jewish State, an IAC experience is the next best way. We create “Israel-like spaces” in America — the best examples are our annual National Conference and our Celebrate Israel festivals across the nation.

Third, Israeliness is loving Israel regardless of politics. The IAC community has a wide spectrum of political views. While we love to debate any issue, our personal political views do not change our love and desire to support the country of Israel.

Israeliness is about taking action, especially in the face of threats against our community. The IAC was born out of an urgency to support Israel in times of military conflict. Since then, our communities have had to step up and take action on the new challenges of hate movements, growing anti-Semitism, and attempts to delegitimize the State of Israel. Our action often inspires the rest of the Jewish community in America to join us.

Without Jewishness, Israeliness will not survive in future generations. In Israel, at noon on a Friday, you know Shabbat is approaching. And on a Saturday, you don’t need to look at a clock; you can feel Shabbat in the air. When kids go to school on Purim, they know what holiday it is. An on Yom Kippur, there is a special sense of community throughout the country. You don’t get that same sense in America.

If we are not active and don’t ensure that our children celebrate Purim, or observe Shabbat and Yom Kippur, they will lose their connection to their Jewish heritage.

At the IAC, we strive to make Jewish heritage and traditions accessible to anyone, regardless of their affiliation. We have created a new formula, combining Jewish traditions and Israeli culture into an experience that connects both Israeli and Jewish Americans of all generations.

We introduce families, in many cases for the first time, to basic Jewish traditions such as Kiddush in during our “IAC Shishi Israeli” programs. Jewish text has also become one of our core tools for our community leadership building in our signature “IAC Gvanim” program, and beyond.

Jewish Values are an important part of our heritage. Loving the other, mutual responsibility, and a culture of giving are core Jewish values that the IAC has adopted into our organization and community.

Israeliness is the ability to create something out of nothing with very few resources. It is always striving to challenge and reshape paradigms. It is what makes Israel a “Startup Nation.” As community builders, we provide social entrepreneurs with tools such as design thinking to help them lead change.

These five elements are interconnected and multifaceted. They serve as the building blocks for our activities and programs. They inform the hybrid identity of our next generation. And we believe they can be a game changer across Jewish communities in the United States.