Entrepreneurship is for Engaging the Jewish iGeneration 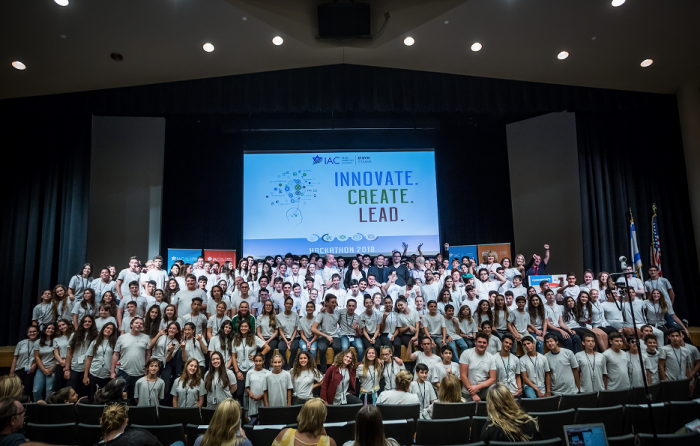 The Pew Research Center’s much-discussed study on U.S. Jewry revealed that the next generation has fading connections to Jewish organizations and the State of Israel.

How do we reverse this trend? What is the secret sauce for engaging Jewish youth? Our organization’s answer lies in the attribute that makes Israel stand out on the global stage: innovation and entrepreneurship. To explore this concept, the Israeli-American Council (IAC) partnered with Rosov Consulting in October 2018 to conduct a study of our program, IAC Eitanim.

The research was tailored to understand a very unique target audience: our next generation, currently age 20 and under, which goes by many names, including iGen, Gen Z, and others. A recent report calls them “Generation Now.”

Unlike Millennials, most members of iGen don’t remember a time before social media and smartphones. A significant percentage would prefer to have a job that makes a positive impact in some way. They are uniquely entrepreneurial compared with Millennials: iGen is 55 percent more likely to want to start a business and hire others. 72 percent of high school students aspire to start their own business someday, and 61 percent expect to launch that business immediately after college.

The Jewish Education Project’s “Generation Now” report (funded by the Jim Joseph Foundation, Lipman Kanfer Foundation, Schusterman Family Foundation and Marcus Foundation) suggests that iGen wants to pursue happiness through experiences that also help them to succeed in life: “balancing the purely joyful experiences with those that teens (and their parents) believe offer value equating to success presents a complex challenge.”

We need to create programs that cater to this ethos. If we want to engage the iGen, one experience is not enough. We have to provide a series of engaging and meaningful experiences. We have to put them in the “driver’s seat,” and we need to listen.

IAC Eitanim has been able to strengthen participants’ Jewish identity and build a connection to Israel through innovation and entrepreneurship. It brings together the next generation’s Jewish-American and Israeli-American middle and high school students for an immersive, project-based learning experience, providing them with the tools and inspiration to think outside the box. This is highly visible at the week-long IAC Eitanim Summer Hackathon, where students work in teams to propose solutions to real-world challenges while receiving input from high-profile volunteer mentors.

The Rosov study surveyed 364 participants in IAC Eitanim’s school year program and 169 teens who took part in the Hackathon.

What did we find? The majority of IAC Eitanim participants are minimally involved in other organizations, indicating that IAC Eitanim is doing an excellent job of engaging otherwise unengaged teens. About one in three participants don’t participate in any other formal Jewish- or Israeli-themed youth groups and 64 percent attend other Jewish programs fewer than seven times a year.

The research showed that most participants initially joined the program to gain leadership, entrepreneurial, and other soft skills. Members of iGen seek to learn tangible skills in addition to having meaningful experiences.

The research also found that the program is a gateway for connecting iGen with their Jewish identity and Israel, especially considering that most IAC Eitanim participants are enrolled in public schools, where they do not interact with Jewish- and Israel-related topics. At a time when many are concerned about growing gaps between Israeli and American Jews, it is worth noting that the program also reaches an approximately equal number of American-born and Israeli-born young people – illuminating a potentially powerful tool for building these relationships.

Tapping into the next generation’s excitement around entrepreneurship is the secret sauce that the Jewish community has been seeking, particularly when it is paired with “Israeliness” and the unique inspiration of Israeli innovation. Young people can gain practical skills and deepen their connections to Israel. The research found a substantial increase in knowledge and connection to Israel among the program’s graduates. Teens also strengthen their knowledge of marketing strategies and their public speaking abilities, and build many other practical skills that position them to be better prepared for college.

This approach has also allowed the program to engage groups that have been difficult for Jewish institutions to engage until now. Studies show that Jewish programs struggle to attract boys. But the Rosov research found that about half of IAC Eitanim participants are boys.

Big ideas aren’t pie in the sky for this young generation. They’re a tangible reality. The winning product in last summer’s Hackathon was an app for inflight video seat-back programming that connects passengers to Tikkun Olam opportunities across Israel while still in the air. These students blow us away with their ingenuity. We just need to let them lead the way.

And, on a personal note, IAC Eitanim is named after Major Eitan Balachsan, z”l, a commander of the IDF Paratroopers Commando who was killed in a special operation in Lebanon. Eitan was a role model for leadership, dedication, and giving. I was proud to serve under him. This week we mark 20 years since the night he was killed. This program keeps his legacy live forever in the hearts of future generations.

In all of IAC Eitanim’s participants I see a bright Jewish future: a future driven by entrepreneurial young Jews equipped with vital leadership skills; a boundless imagination for innovation; and inextricable connections to their Jewish roots, the State of Israel, and each other.

That’s the story of IAC Eitanim.

Shoham Nicolet is a Co-Founder and the CEO of the Israeli-American Council. He is an entrepreneur specializing in Project Based Learning, educational technologies, and community-based collaborative networks.