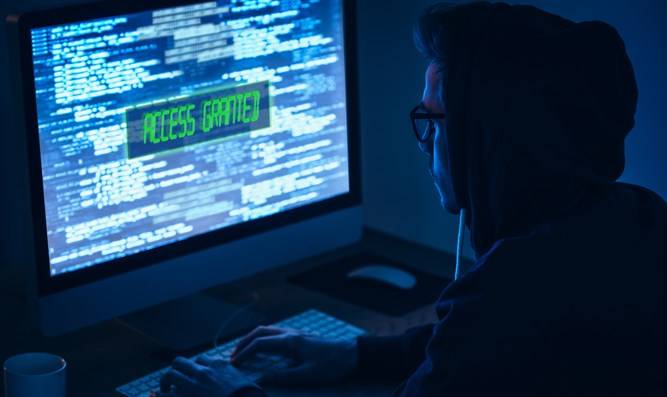 Speaking on the major changes expected to take place in the cyber security industry as a result of the COVID-19 pandemic, Check Point Software Technologies Founder and CEO Gil Shwed warned that the world’s new reality will drive an increase in cyber threats. His comments were made as part of the Israeli-American Council and Peres Center for Peace & Innovation’s e-summit, “The New Tomorrow.”

“Cyber security will change a lot. What happened in the last three months pushed forward five, maybe even 10 years of technological evolution. More services moved online; companies removed barriers. We allowed developers to work just from within the company physically so we could keep our intellectual property…In one day, we had to change all of that and allow people to access from home. This rapid change means hackers will find a way…The hackers can find a way to hack a personal computer of an employee and through them get into our Crown Jewels,” said Shwed.

“After Corona, if we say to ourselves the Corona pandemic may be over (in Israel), we need to protect ourselves against the cyber pandemic that is coming. We know it will happen and we need to secure it.”

However, even with this newly heightened threat, Shwed has realized a shift in thinking about his thoughts on working remotely.

“For years I believed that the best way to work is at the office with my people and traveling. For almost 27 years I traveled at least once per month, in the early days more than half my time was traveling and now I learned that I can work from home…that remote working and Zooming and so on can be even more productive than traveling and being at the office,” he added.

“We do a lot of surveys and collect information and actually 70-80% of employees report that they are as productive or more productive working from home, which is a big surprise to me. It also makes the world much more connected and closer. If a meeting with a customer in New York or San Francisco required us to justify a week-long travel and huge overhead, today it is very quick…I am speaking to more people, I am meeting more people, and the world somehow became much more connected despite the fact that physically we cannot meet.”

Preceding Shwed, Professor of Psychology and Behavioral Economics at Duke University Dan Ariely spoke about the psychological impact in Israel as a result of the pandemic and how lately he is seeing behavioral signs of easing.

“We started this period with a very high collective action…That collective action has stopped. Very sadly, if you look at what has happened the last few days, it is true the numbers are down, but my fear is this sense of commitment to the collective good has gone down,” Ariely said, “I’m very proud of the collective action (Israel) had early on - it is really amazing and heartwarming – (but) I am a little worried about the reduction over time.”

Ariely also touched on how Israelis would react should a second wave of the virus break out.

“(It’s a) very interesting paradoxical result…Paradoxically, if (Israel) was less successful and more people got sick and more people passed away, for the next wave if there will be one, people would be more prepared to take personal costs,” he added.

“But because the probability of getting sick and dying in Israel was so low, the experience of people is that this is not such a bad deal...Strong measures in phase one and relative success is teaching people the wrong lesson for wave two, and that means that wave two will be much harder to mobilize people in the right way. Instead of having the Spanish Flu in the back of our minds as fear, we will have these personal experiences of three months when nothing bad happened.”

Ariely and Shwed are joining industry giants from a variety of sectors, who are coming together over the next three days to examine the new reality facing the world as part of “The New Tomorrow.” The four-day program will feature panels and one-on-one conversations with industry leaders, networking sessions, and more, with the goal of convening Israeli and American professionals in various fields to provide business leaders and entrepreneurs with the tools to face the uncertainty of a post-pandemic world, while continuing the constant work of connecting Israel and America.

“This is a time of great opportunity, and to think much bigger than we are used to. We now understand the endless opportunities when we come together across continents, to share ideas and inspire each other, and we wanted to bring the best and brightest into one place so they can make an impact on the lives of thousands,” said Shoham Nicolet, co-founder and CEO of the Israeli-American Council.

“It is also a time where we can reimagine collaboration and working together as one community - for those who live in Israel and the US, or all over the world. It is our time to connect each other, and not only try to imagine the new tomorrow, but also use this window of opportunity and work together to shape it.”

“While an increasingly globalized world has led to significant opportunities, it has also opened the door to new challenges and threats which know no borders, and do not distinguish between nationality, race, or gender. It is even clearer today that we are at the end of an era in which countries are fighting each other for singular control over land and resources, and are transitioning into an era of worldwide opportunity and cooperation through which we promote prosperity while also dealing with global threats,” said Chemi Peres, Managing General Partner and Co-founder, Pitango Venture Capital and Chairman of the Peres Center for Peace and Innovation.

“This transition means we will need to cooperate on a global level – sharing knowledge, research and methodologies of ways to tackle new challenges. We at the Peres Center firmly believe that by harnessing innovation and the creative spirit of entrepreneurship, we can actively take our fate into our own hands and work together not only to answer the needs of our own societies, but to create a better world for all.”